Do you still remember the day you joined Second Life? Do you remember how difficult it was to learn to dress your avatar and navigate? Or how about those wardrobe malfunctions? You know, the ones that left you stark naked in the middle of the dance floor with a big box in your hand? For sighted users, SL is a challenge to master and an ongoing learning experience. But what if you were a new user with disabilities using a screen-reader and a text-based viewer to navigate the world instead of your eyes? 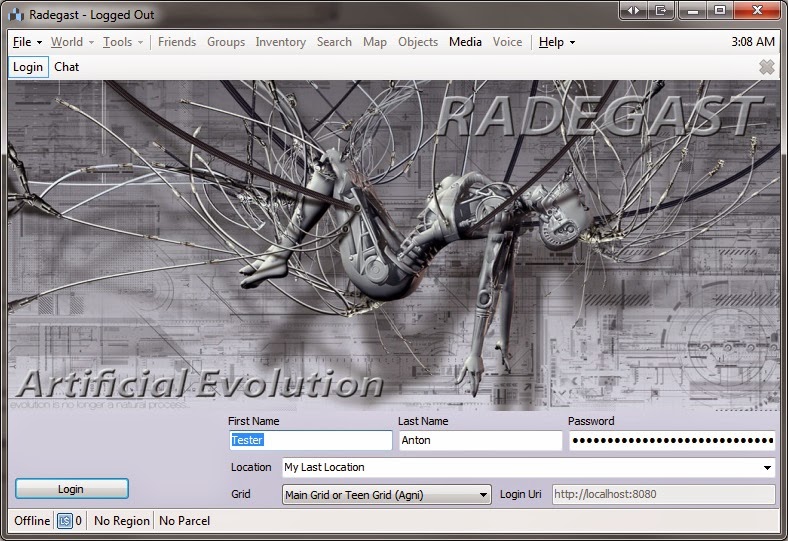 Meet a new and growing community of blind and visually impaired SL users who, for the first time in history, have access to the world of virtual reality. For these users, playing games that were not totally text-based was an inconceivable prospect just a few short years ago. But now, thanks to a new text-based viewer called Radegast, they are blazing the trail for the blind community at large as they discover the wonders of virtual life.

During a recent interview, I asked Latif Khalifa, the creator of Radegast, what inspired him to create the program. “I was interested in understanding the network communications between Second Life client and server,” he explained. “So in 2006, a group of developers reverse engineered the SL protocol and a library was created that allowed 3rd party software to connect to SL for the first time. Prior to this, only the official Second Life client could be used for logging in. But this was just a software library, not something that a normal person could use,” he continues. “I was looking around to see if there was someone who had already used the library to create a user-friendly client. I found one called SLeek, but it was pretty buggy and limited. So I decided to rewrite it, add functionality, make it more user friendly. And that's how Radegast was born. This was in 2009.”

Since then, Radegast has undergone numerous updates and now has a user base of 20,000 users. And thanks to its simplistic interface-with text-based menus, inventory management, and a window that displays objects in atext-only list, that user base is increasingly including blind and visually impaired people interested in trying out Second Life. 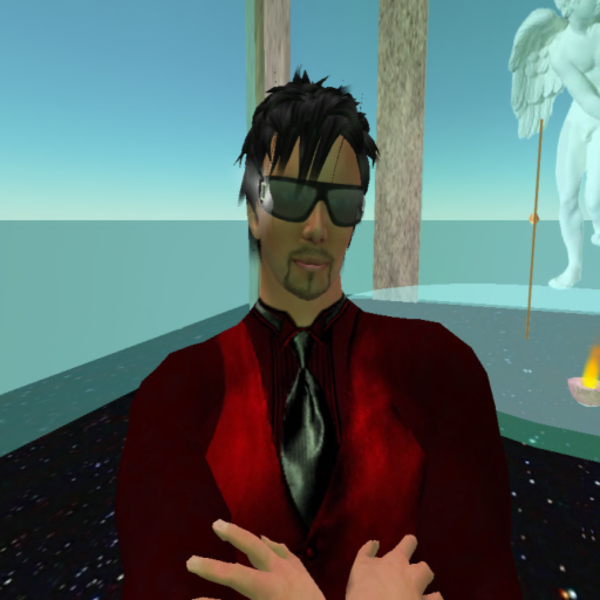 “My intention with Radegast was to allow people to instant message with their SL friends when they could not use the full graphical viewer. For instance from work, or from computers that were not fast enough to run the full viewer,” Latif explained. “Later Mojito Sorbet who was in contact with some people at Virtual Ability alerted me of the fact that Radegast was screenreader friendly and that it is being used by the blind to login and enjoy Second Life.

To be honest, I did not think of this when originally starting Radegast, but I was delighted to hear that the project had this nice side effect. Mojito had the idea to make the speech plugin, and even though she never used the programming language Radegast was written in, she managed to write it. She also wrote the interface for SL Voice and contributed greatly to improving the usability of Radegast for the blind.”

The first confirmed blind user of this new program was me. I had tried to join SL several years before via an experimental website called Text-SL. By the time I found it it was no longer functional and I gave up in despair. I quickly realized that the world of virtual reality, like all the other interactive games online that I wanted to participate in, was inaccessible to me because there was no text to accompany the graphical interfaces. So I went back to text-based online games and kept on dreaming of the day when technology would progress enough to allow me access.

Two years later I was sitting at my computer feeling sorry for myself and wishing with all my heart that Second Life was accessible when a family member decided to take matters into his own hands. He logged into Second Life. After asking around inworld, he found his way to Virtual Ability Sanctuary. And as the old saying goes: the rest is history. 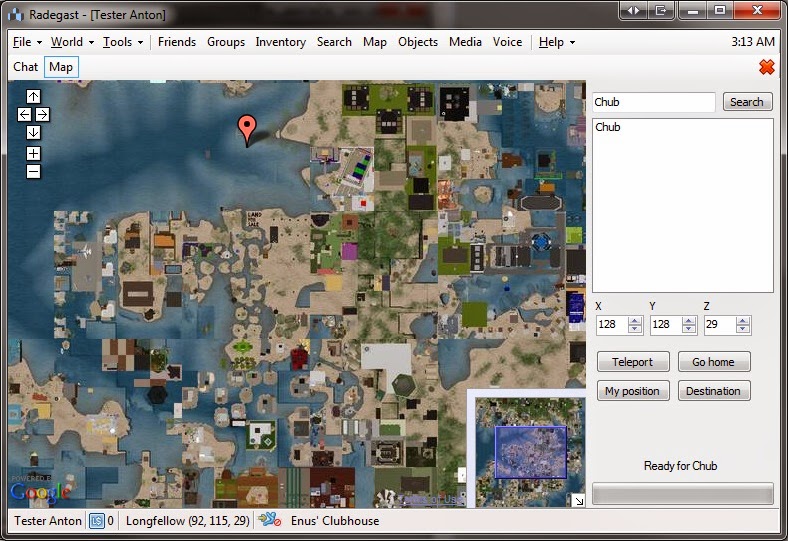 I downloaded a copy of Radegast and started learning how to use it with no clue how accessible it was and with no instruction manual to guide me. What I did have was a supportive community of SL users who were determined to help me try. One of these users was Roxie Marten, who became my mentor and learned Radegast right alongside me. “Honestly when I trained you I was flying by the seat of my pants. I had used Radegast to run a bot to tend bar for me,” she said during an interview. The bot she is referring to goes by the name of Tik Tok. Using two computer monitors, one displaying Radegast and the other Firestorm, Roxie simulated actions using Tik Tok and then relayed how she performed those actions to me. I was then able to replicate what she’d done using Radegast and thus the learning via trial and error began. If what we did sounds complicated, that’s because it was. When Roxie wasn’t working with me,

I spent hours using trial and error to learn to navigate Second Life and interact with people and objects. My motivation to keep going was seeing all that SL had to offer, and the new window of opportunity that would open up when I would discover something new. I found the virtual world an inspiring place where a destination was just a teleport away and friends were easy to find thanks to Virtual Ability. 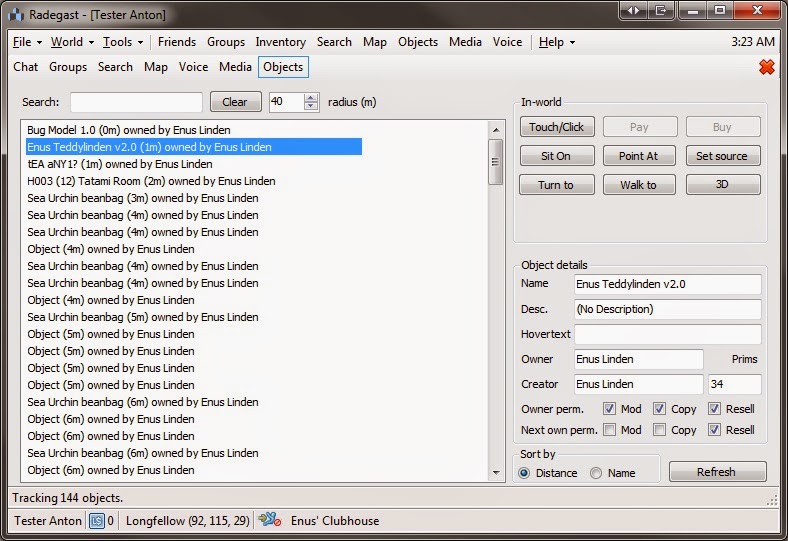 Roxie said it well in her interview: “We help each other; that is the spirit of Virtual Ability. We are a collection of disabilities: blind, deaf, paraplegics,quadriplegics, amputees, wounded warriors. We all come together to help each other. We are a community of disabled people who work for each other.”

Launched in 2007 by Second Life resident Gentle Heron, Virtual Ability is a virtual community of support for those with physical, mental and emotional disabilities and their family/caregivers. The mission of VAI as it is called in Second Life, is to enable those with disabilities to thrive and interact within a virtual world.

“I came into SL with some friends who were looking, as I was, for a way to still socialize and be active, despite our level of disability. As we became more disabled, we were less and less able to get out of our homes and do the things we used to enjoy doing. I looked in SL for a cross-disability peer support group, and did not find one. From there, Virtual Ability just grew.” 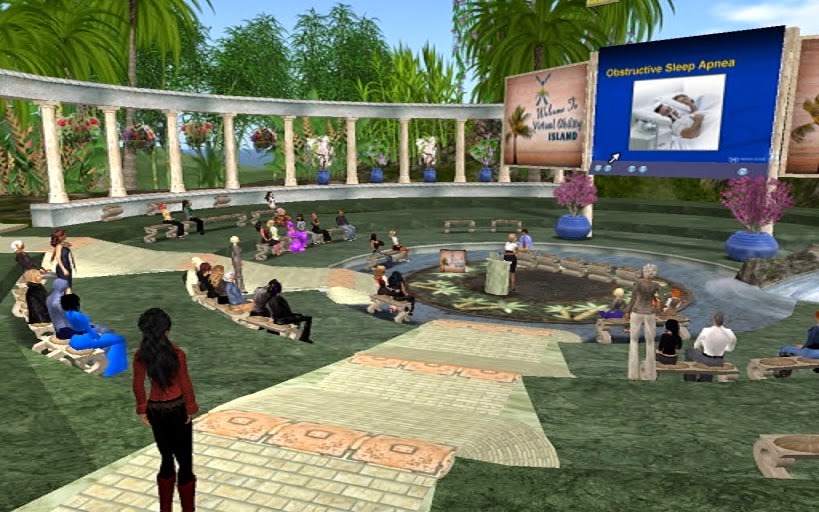 The community, which now has nearly one thousand members in Second Life alone, is a thriving hub of activity with weekly events, classes and support groups. The members who make up the community each have their own unique stories, and thanks to Virtual Ability’s commitment to helping them, they are able to do things they couldn’t imagine doing in real life. For example, someone with developmental disabilities who can’t function easily or safely in the greater SL world can function in Virtual Ability. They can have a home of their own and even drive a car.

This had a profound impact on me when I started thinking about Second Life as a whole and the benefits it could have on those with not only mental limitations or paralysis, but those with visual disabilities. So I committed to learning everything I could about Radegast with the hope of launching a program for those screen-reader users.

In May of 2013, we launched an ambitious project to create the first user guide for the viewer, compiling all we had learned and sharpening new skills along the way. After seven months this guide was completed and has now been incorporated into the viewer as the official help guide.

Unfortunately, just before the completion of this article, I received word that due to illness, LatifKhalifa will no longer be able to continue his work on the project. And since Radegast requires updating and improvement to keep up with the changes made to Second Life, we are not sure where the viewer will go from here. Our hope is that as a community of twenty thousand users, we can find coders and people that are passionate about Radegast enough to dedicate some time to keeping this project alive.

To learn more about Virtual Ability go to their official website: http://www.virtualability.org .

To check out and obtain a copy of Radegast visit: http://www.radegast.org

Mermaid Celene
Posted by Bixyl Shuftan at 6:00 AM