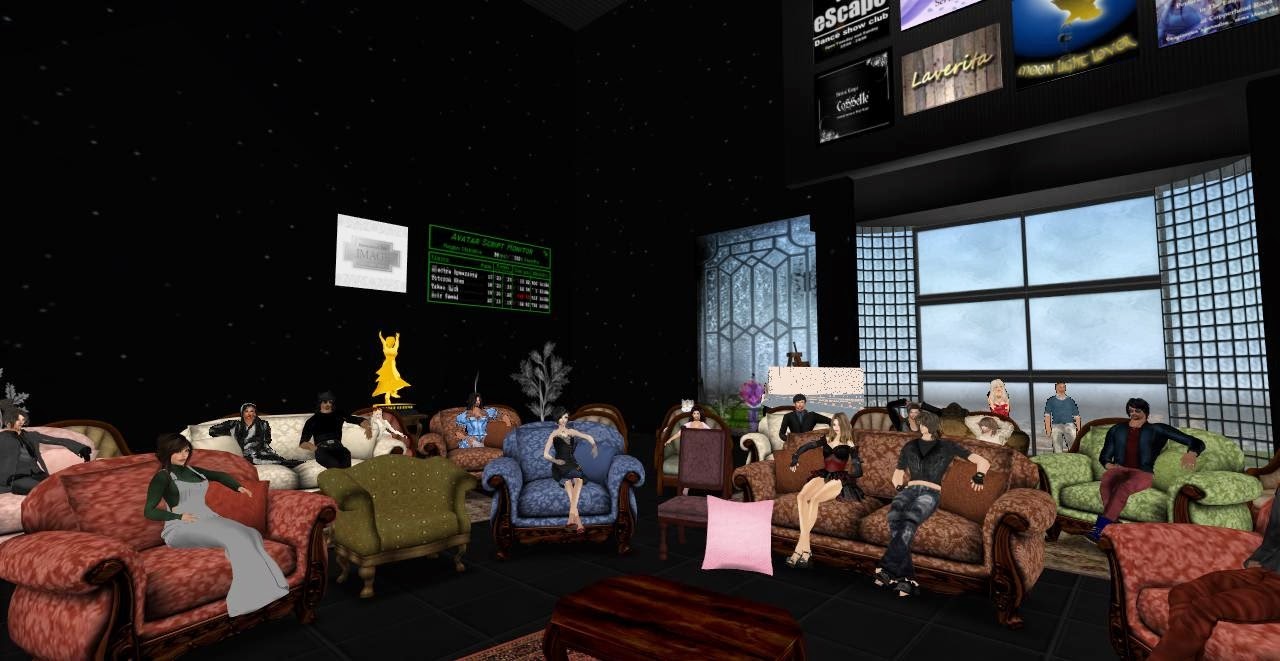 Last week my neighbor Celtic Infinity invited me to attend a dance performance at Club Image, located at Club IMAGE, Laem Singh (198, 29, 2021).    The Sunday morning performances, which are held every week, are suitable for all residents.   The dancers and audience are predominately Japanese, but there were other nationalities represented, too.  Performances start at 7am SLT.

On the Sunday that I attended, Daylight Savings time had just gone into effect within most of the U.S., but not in Japan.   The time change caught a few people off guard.   In addition to the time issue, SL was having a few technical issues.   But even with these difficulties, the performance was amazing. 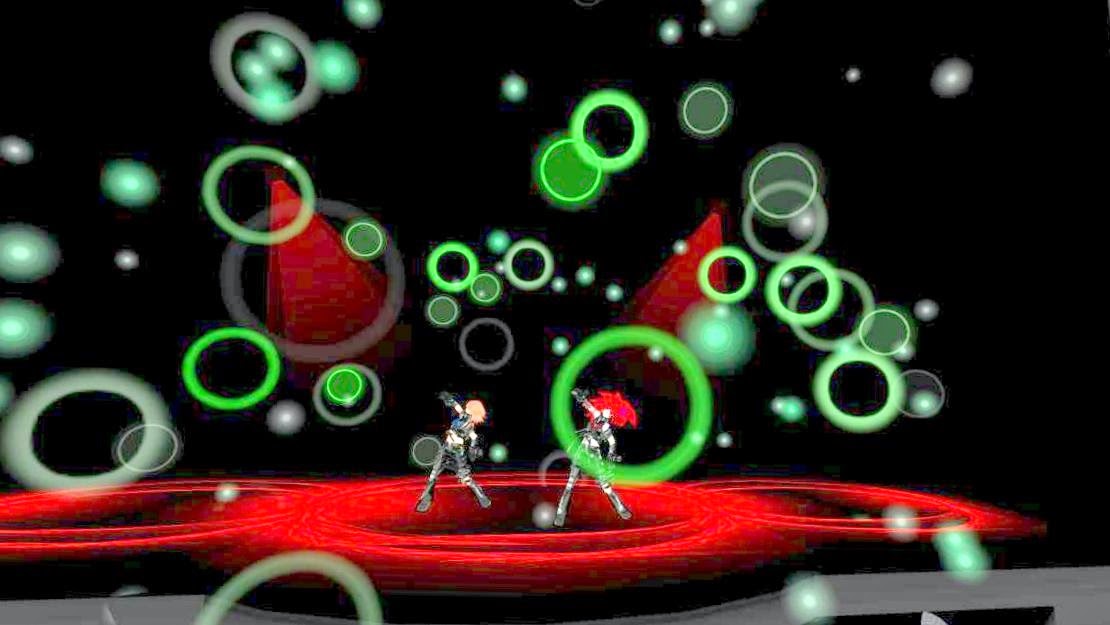 As curtain time drew nearer, Misse Tigerpaw (misse.tigerpaw) greeted everyone and explained about the time issue.   She has been a resident since December, 2007.  Misse is one of the Image dancers and was to be the featured performer in the second act that morning.   She reminded everyone to have a seat and make sure their music was turned on.
The show began with two dancers, a particle light show, and a lively mix of music.   The first song was “Call Me".  The performance was great, with a snappy beat, high energy dancing, and lots of particles.  The songs that followed were varied and well known. 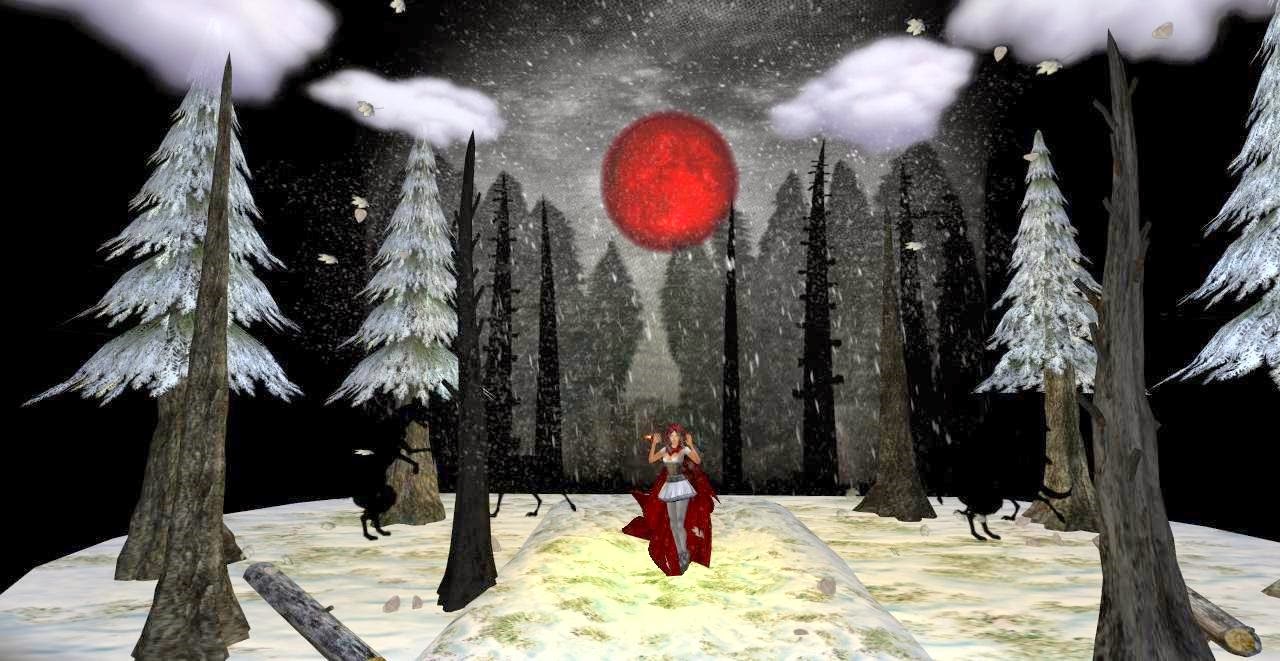 The transition to the second act began with a storyboard of “Little Red Riding Hood” that included pictures of Misse Tigerpaw in costume.   The background music included Sarah Vaughan’s “A Lover's Concerto”, Nat King Cole’s “L-O-V-E”, and Louis Armstrong’s “What a Wonderful World”.    Then the London Philharmonic Orchestra began playing “Enchanted Forest” as Misse Tigerpaw began her performance.   She performed a stunning and beautiful ballet as Little Red Riding Hood.   There was fire and ice, a blood moon rising, and even some wolves.
After her performance, due to technical difficulties, the order and scheduling of the Image Dancers was changed.  Diawa Bellic was the next dancer.  She has been a resident since 2008. Her talent and professionalism was awesome and overcame the minor technical difficulties SL threw at her. 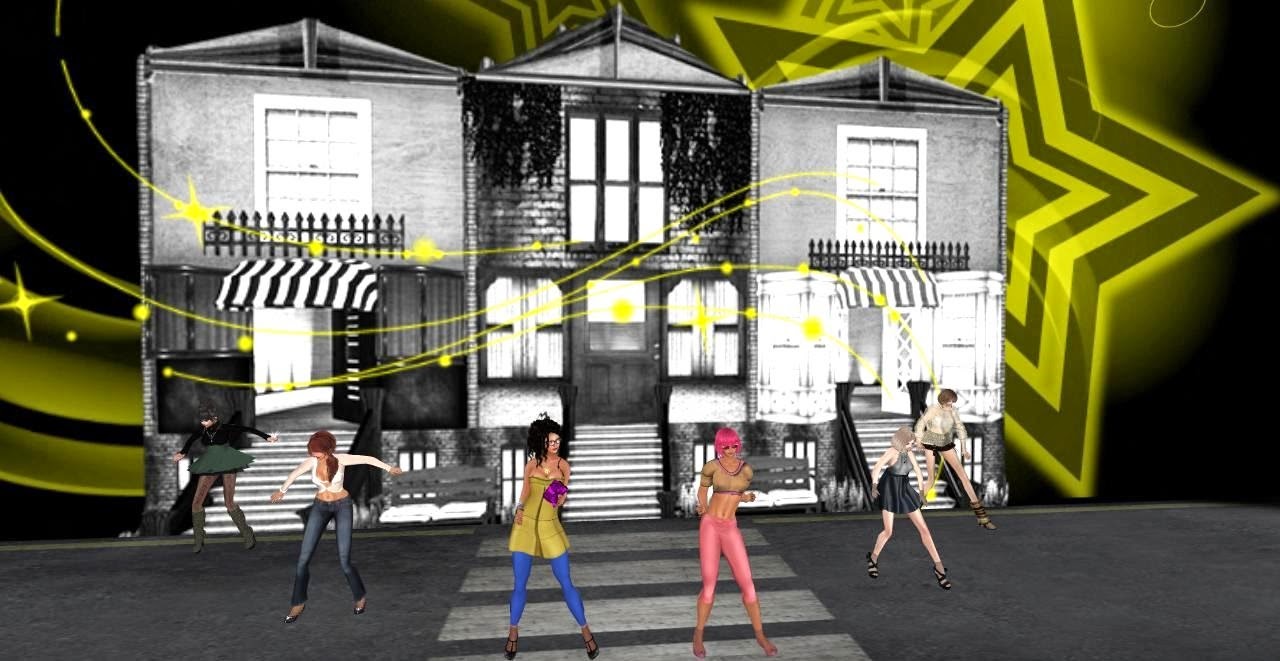 The final act was a group performance of six Image Dancers, including Terri Wardell, Misse Tigerpaw, and Diawa Bellic.  Unfortunately I was unable to confirm the names of the other three dancers.   Their performance, set on a busy urban street, was fun and energetic.
Nearly 40 residents watched and cheered the performance.   At the end the performers exited the stage and received more congratulations as those who attended left the theatre.
The Image Dancers put on a great show that I heartily recommend.  If you go, plan to arrive early so you can get a good seat.   There is no change for the performance.  However, pictures of the dancers are on the wall and serve as a tip jar for anyone who wishes to donate.    Don’t worry if you don’t know Japanese or have a translator.  Celtic gave me a translator so I could understand the chat better, but I didn’t need it for the show.   Music and dancing are universal.