Bryn Oh's "The Singularity of Kumiko"

Bryn Oh, the Second Life artist long known for her three-dimensional exhibitions that tell a story, such as her "Rabbicorn" series, has been at it again. Her latest work, "The Singularity of Kumiko" is up at her sim of Immersiva. Hearing about it, I went over to take a look. 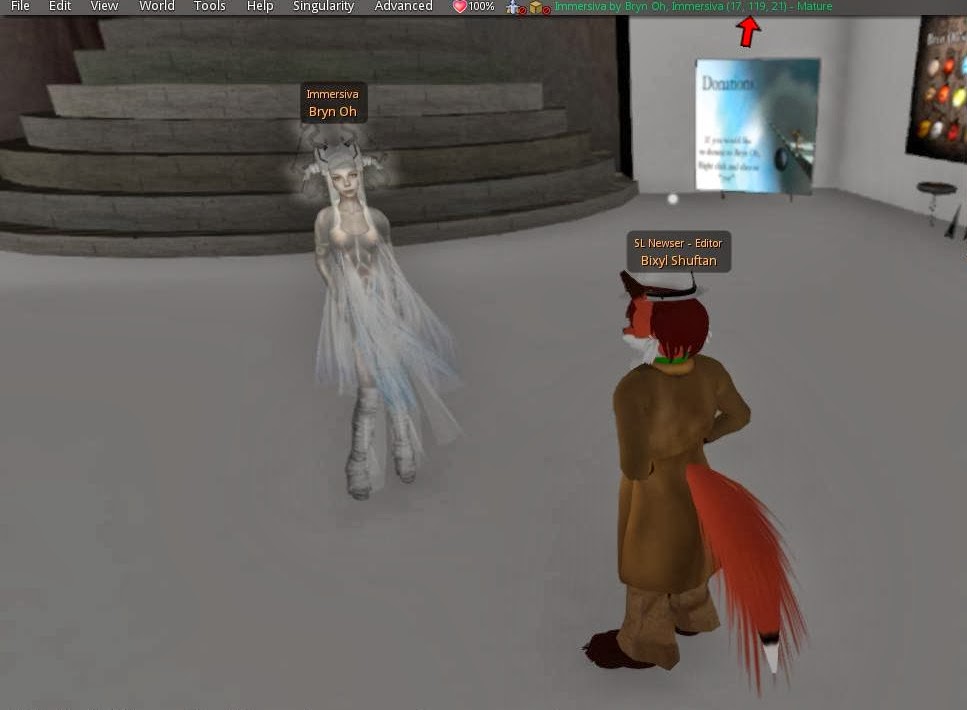 Arriving at the entrance, Bryn Oh herself was there and greeted me, "Hi Bixyl." Of her new exhibit, she mentioned I might have to make a few changes in my preferences, as well as picking up a light which is then worn on the forehead, "You will need to set up a few things and get a headlamp to see. ... You need some specific things to allow the flashlight to work." Asking her to describe her exhibit, she wouldn't say much, "Hmmm, perhaps a moral question. 'The Singularity of Kumiko' is a discourse between two people on love and choices. A question on what gives value to our lives. I don't want to give up too much of the story though. It is a non linear narrative that the viewer must put together over time and figure out what has happened to Kumiko and who she really is."

Among the instructions for better lighting on the wall was a sign stating "With Generous Support from the Ontario Arts Council." I asked her about it, and she responded, "Yes, I got a new grant a week ago. ... I applied for a new media grant and they liked the idea enough to award me one. ... very exciting, opens many doors." 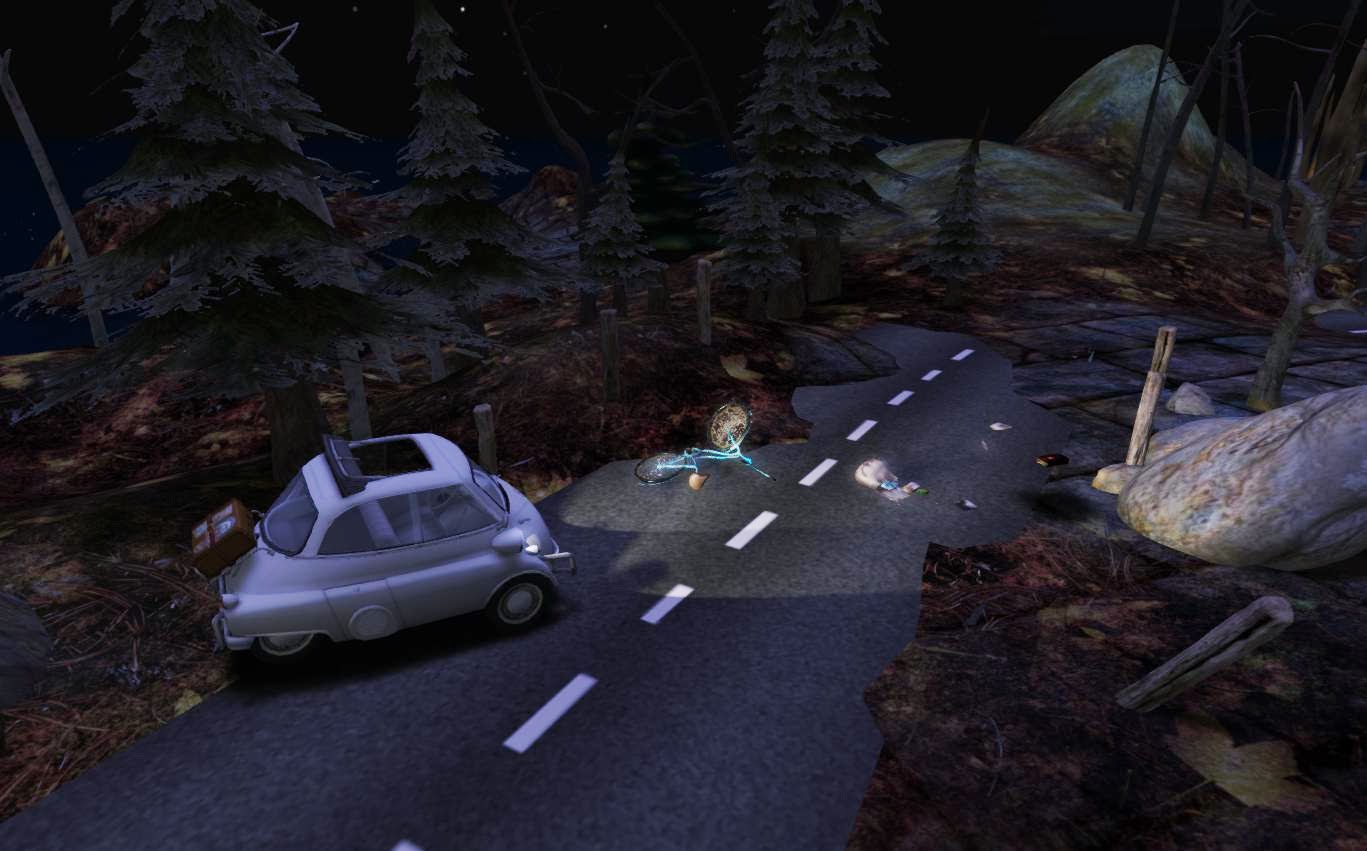 Going inside was simple enough, touching the red door to the exhibit, then walking in. The scenery is Bryn Oh's classic style, dark, detailed, often  hauntingly beautiful and a little disturbing. The first scene one comes across is the aftermath of an accident: a small car stopped on the road, in front of it a bicicle on the road with a spilled napsack beside it. Near this scene, and others, are both a message in a bottle and a microphone. One can click on the bottle to read the message, or click on the bottle to hear an audio one. 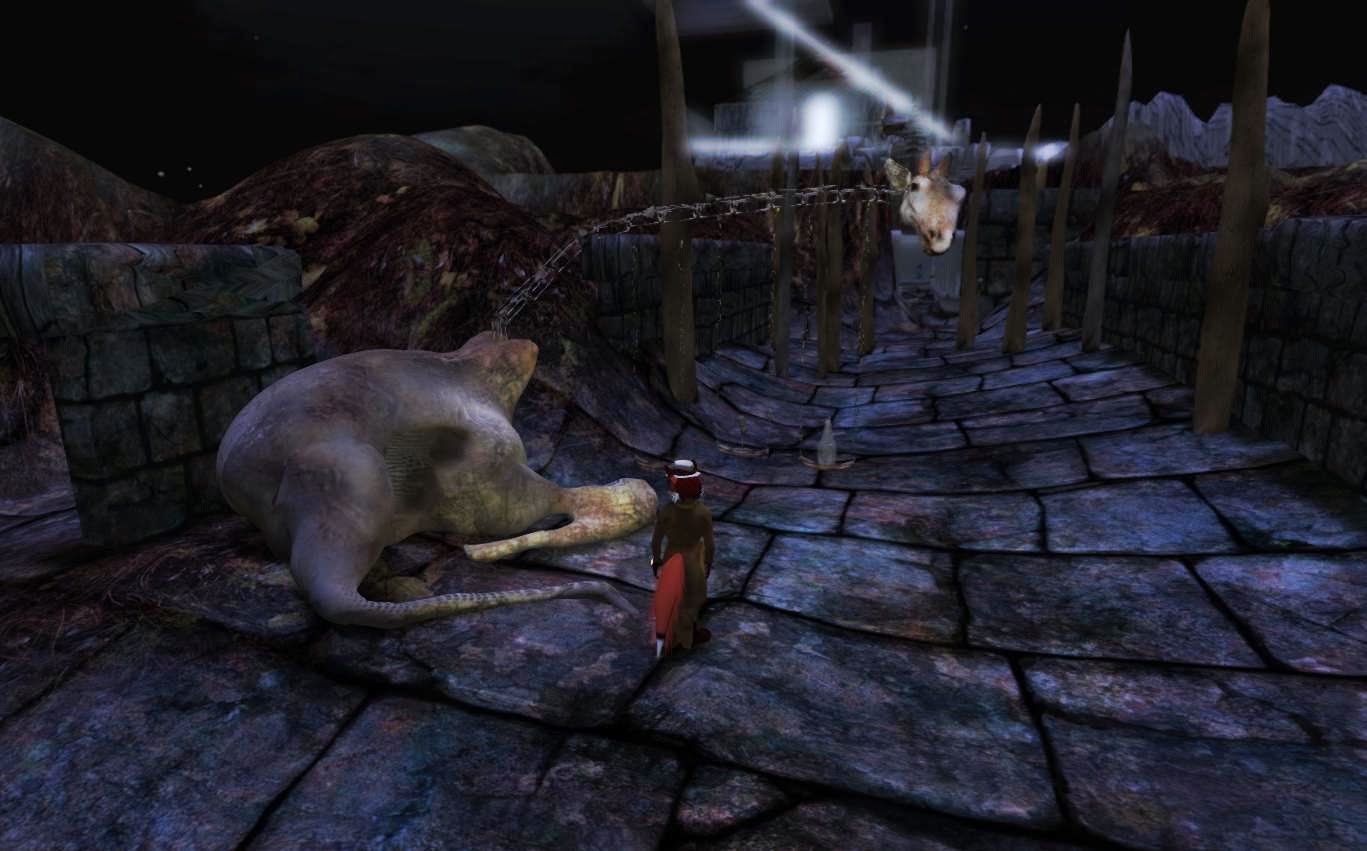 There is much more scenery one comes across. Some are spots of illumination in the darkness, such as a metal mobile. Others such as a giant skeleton on the ground are hidden by the darkness and you'll probably won't recognize until you're right by it. I was trying to get the messages from Kumiko and her friend Iktomi  in order, but ended up finding some a few ahead at times. Memory is a theme in the story, and it's like you're trying to piece together what happened, much like someone struggling to remember an event. 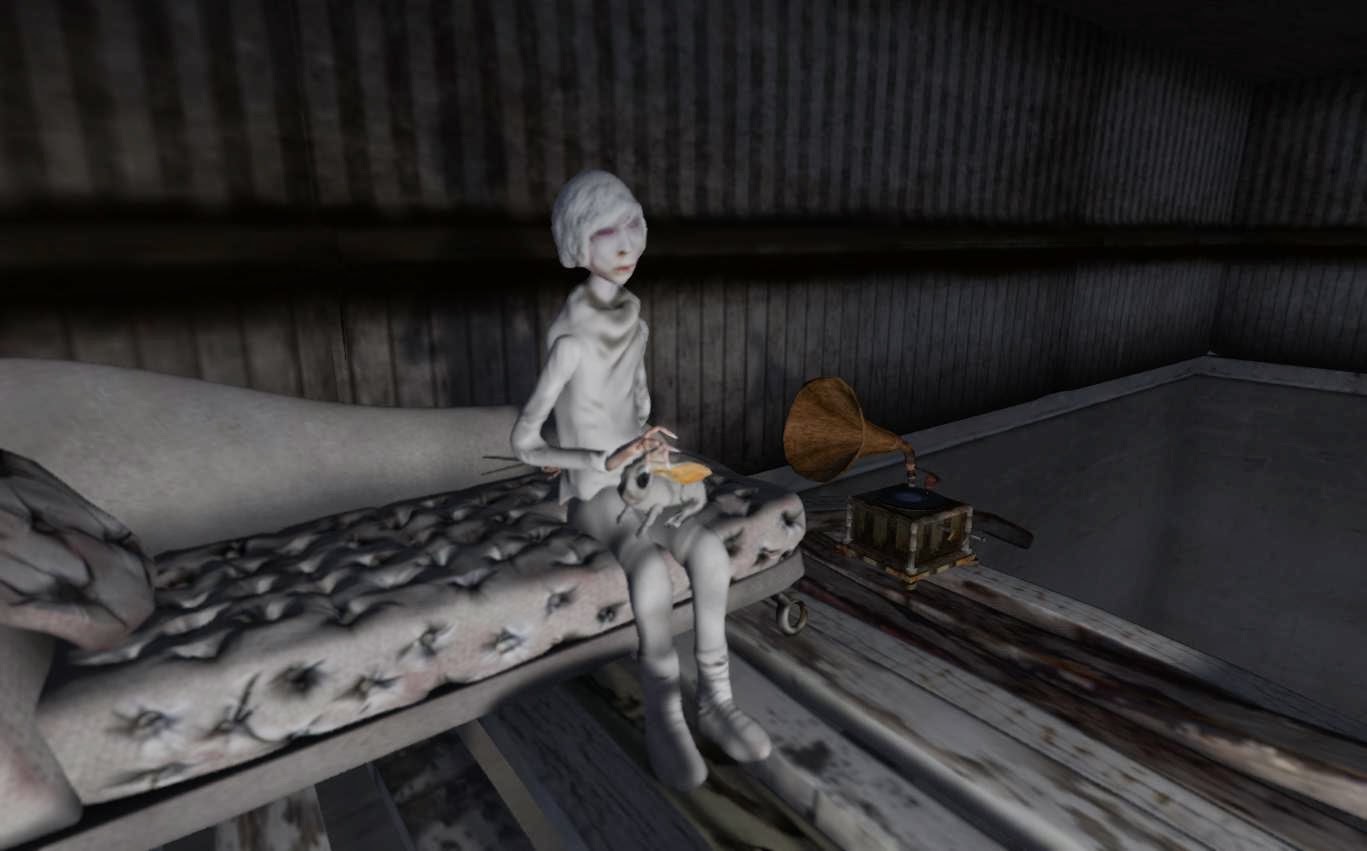 As one goes along, the exhibit describes a future in which humankind has tried to compensate losses with machines and technology. Visitors are also likely to come across a roving robot, possibly the "Mr. Zippers" in the story. The robot will try to attack you, and as the sim is "damage enabled," if you're hit enough your avatar "dies" and reappears back in it's home location, so it's best to run if you come across the 'bot.

Going about, I was able to find the majority of the messages, enough to piece out what happened. The final scene, appearing just after the last message, was both happy and sad at the same time, with the song "We'll Meet Again" playing in the background. Exiting the scene, one is teleported out of the exhibition.

There is a trailer of "Kumiko" out that sets the tone for the story.


I give the story/exhibit my thumbs-up. Very well done. If you have the time, I reccomend dropping by. If you're a fan of Bryn Oh's work, by all means do see it. There is a limit to how many can be on the sim at once, which Bryn Oh describes as getting about 600 visitors a day at this time. So if you're blocked from entering, try again later.