I was very excited when I got the chance to try out Firestorm preview 65562 (future release) which one of the advantages is the 360° Snapshot. This Firestorm feature can make 360° snapshots like a 360° camera in real life. The result is really good!

People often compare 360° photos with videos, they think that 360° photos are nothing special because it is better to watch videos than 360° photos. In fact, 360° photos have many advantages over ordinary videos, especially if they are used for content marketing because of their immersive nature. With 360° photos, you can watch in any direction and point the screen in any direction you like.

This is the result of a 360° Snapshot I made in Imagiland, my region on OSGrid 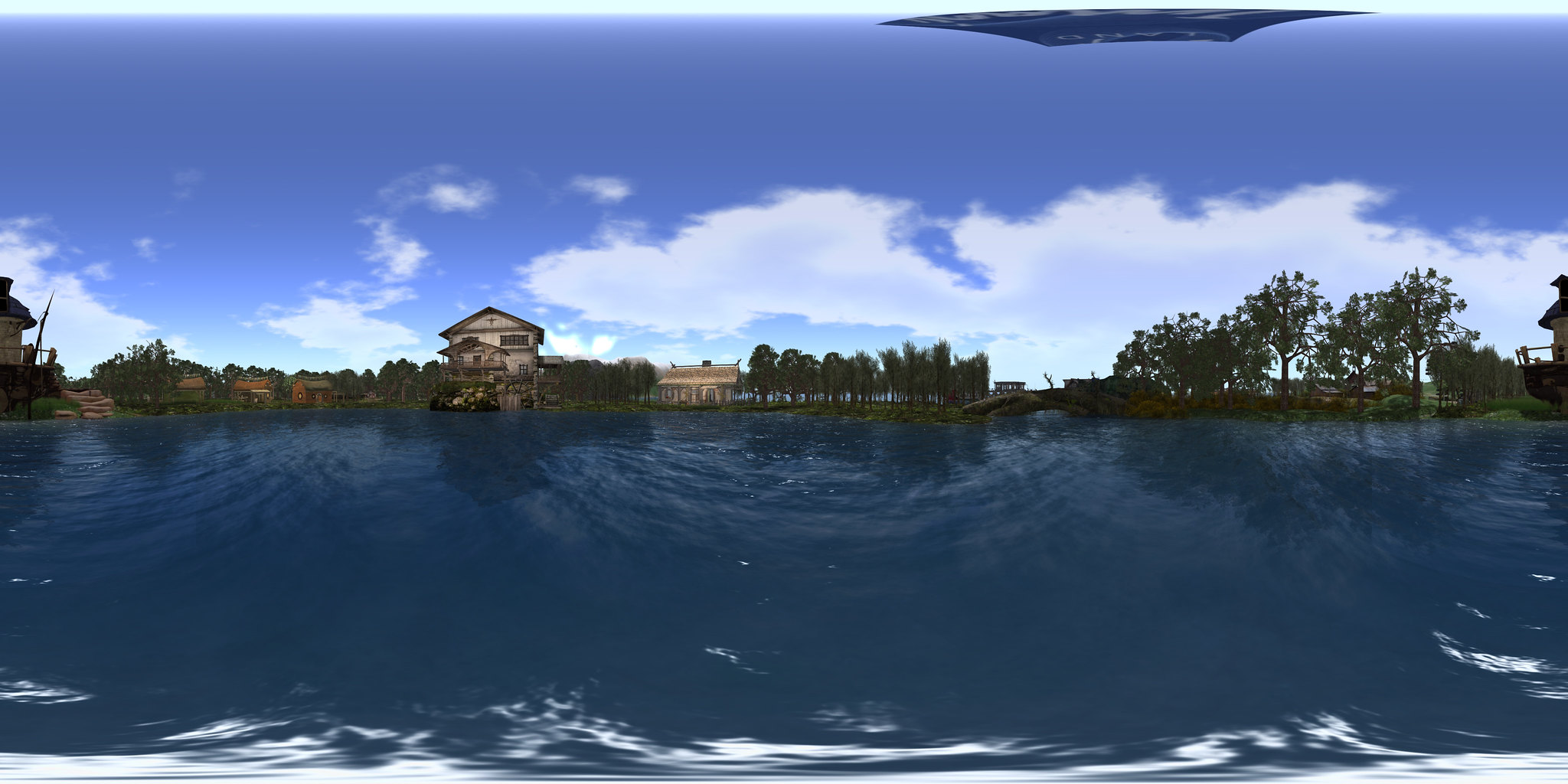 Making a 360° snapshot in Firestorm 65562 is very easy. First, make sure the graphic settings on your Firestorm are ultra so that the results will be satisfactory. 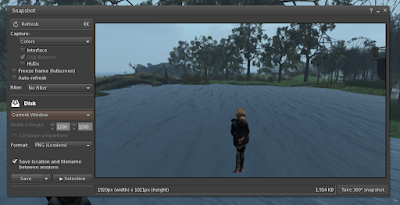 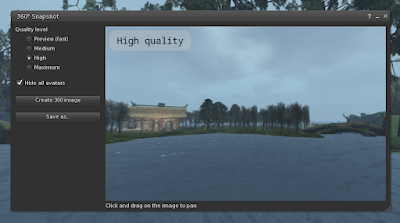 Then select the desired quality. My advice is don't hesitate to choose the Maximum one so that the resulting image is good. You can also check “Hide all avatars” so that the avatars don't appear in the photo. But if you want to show the avatar(s), don't check this box. Then click on “Create 360° Image”, and then click on “Save as” to save the snapshot on your hard disk.

After that, you can upload it on Flickr, Google Photos, or Facebook to share your snapshot with friends. Hopefully, in the near future, this Firestorm will be available for Second Life. 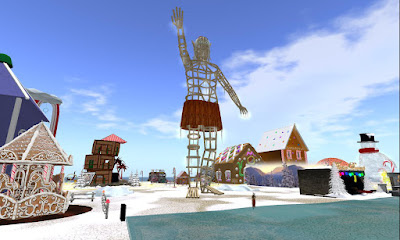 From Friday January 28 to Sunday January 30, the Winter Burn took place in Second Life. While the main Burn, or the "Octoburn" as it's sometimes called is held in October, there are a few spinoff events at other times in the year. They are based on the real-life "Burning Man" festival held every summer in Black Rock Nevada. 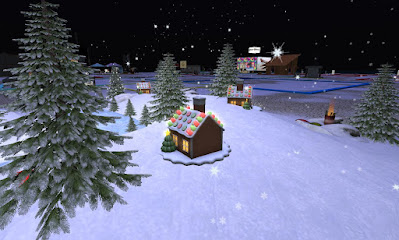 The theme this year was a new and unusual one: Gingerbread Houses. 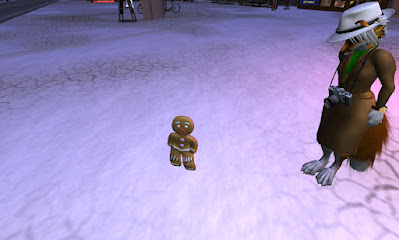 Mia Wallace messaged me some days before the event. She was in a gingerbread man avatar. 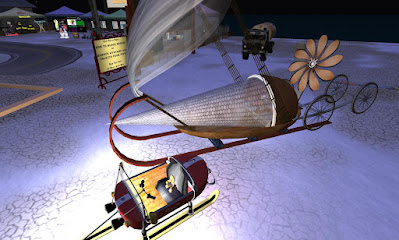 She showed me around the Winter Burn grounds around Deep Hole. 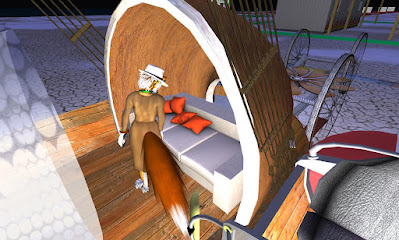 This mutant vehicle had a nice large seat. 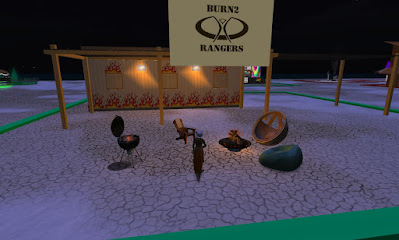 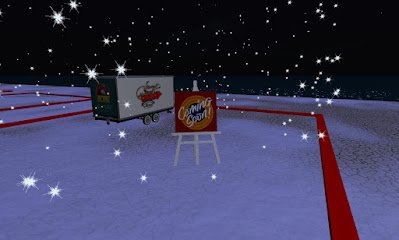 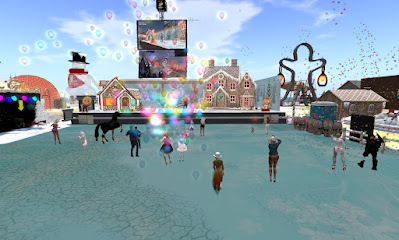 On Sunday January 30, I dropped in. There was a music concert going on at the event area. 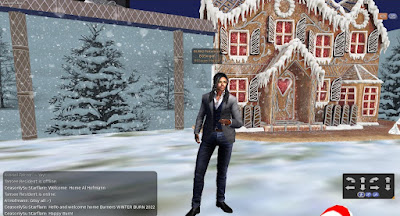 BGSinger Hermit was the performer for this particular hour. 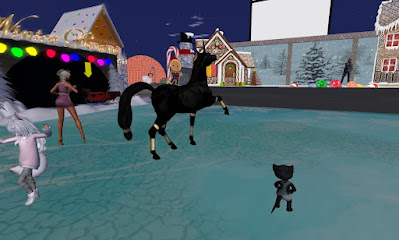 The audience had a variety of avatars. 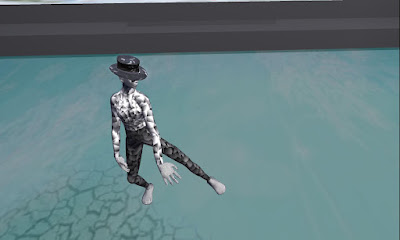 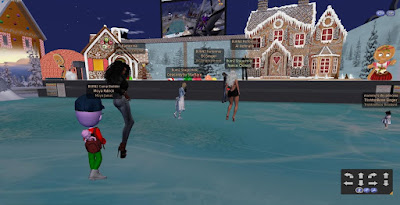 Also in the audience were builder Nance Clowes, and artist Moya Patrick. 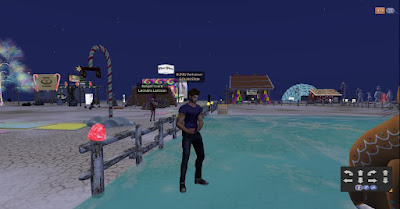 Golan Eddie, noted for leading the team of volunteers during the resident-run Second Life Birthday events. 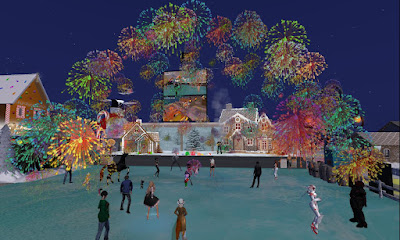 At one point, fireworks went off. 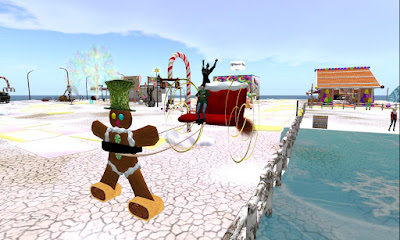 Someone was taking one of the mutant vehicles, a sleigh pulled by a gingerbread man on fig newton feet, out for a stroll. 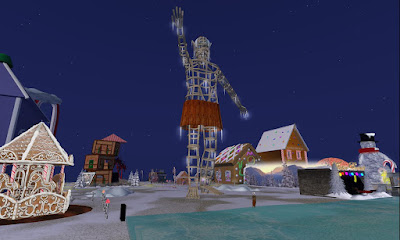 Changing my viewer to show a night sky, "The Man" was showing icicles. 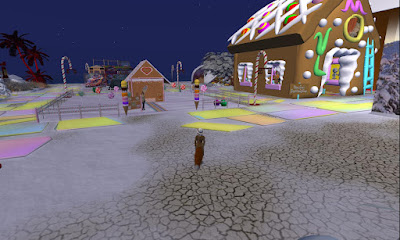 I spent a little time exploring some of the grounds. 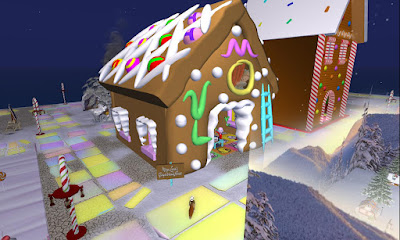 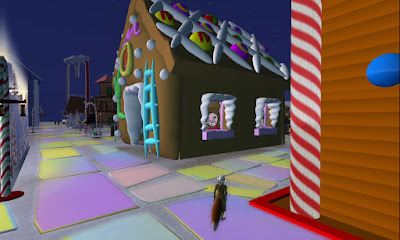 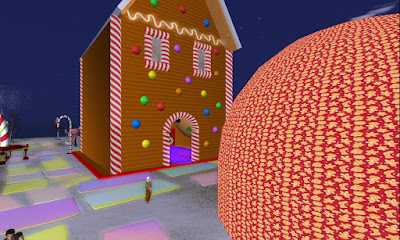 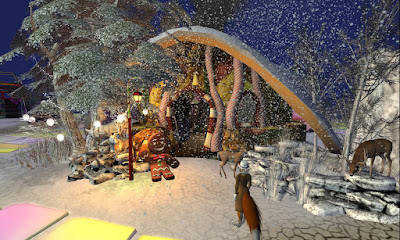 With the theme and the snow, some of the exhibits would have fit right in with a Christmas event. 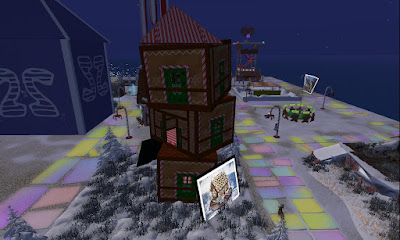 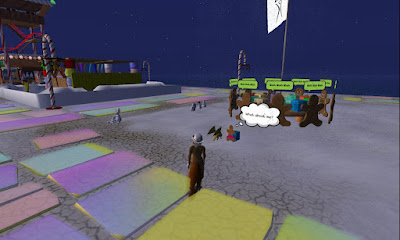 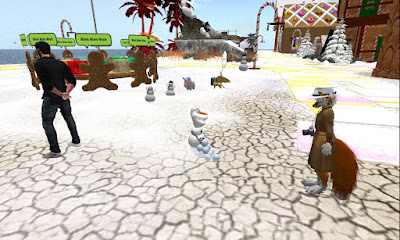 "Do you wanna build a snowman?" 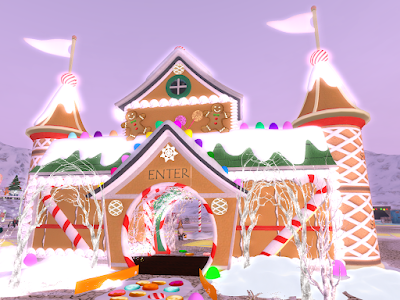 Gemma Cleanslate was there, and submitted a couple pictures of exhibits as well. 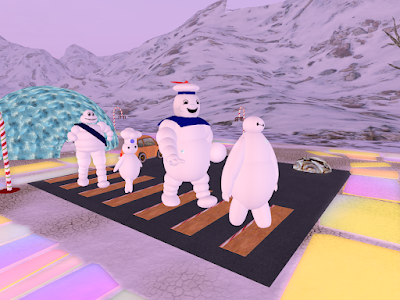 From tires, to dough, to haunted marshmallow to robot. 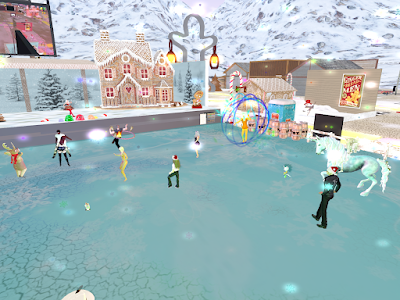 There was plenty of fun. But we won't have to wait until October for more Burn2 fun. With Spring comes the Burnal Equinox, and another spinoff. Stay tuned for details.