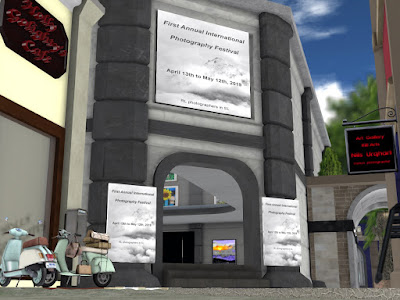 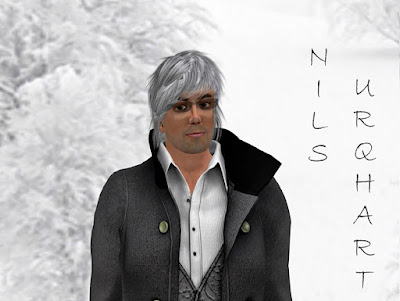 Marcel Mosswood
Posted by Bixyl Shuftan at 6:00 AM No comments: 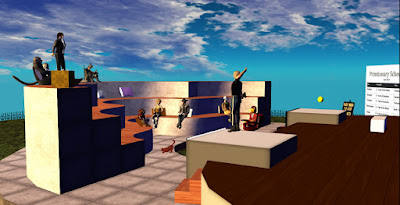 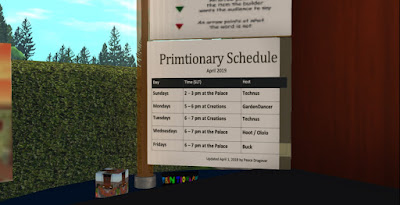 
Marcel Mosswood
Posted by Bixyl Shuftan at 6:30 AM No comments: 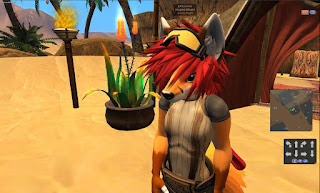 Various games and competitions have made their way to Second Life. Among them are various races and racetracks. The Giant Snail Races have been a part of the virtual world for over a decade. But there are others. One that got my attention recently was AGRA Racing. While some races may take things into the third dimension with jumps, AGRA (Anti-Gravity Racing Association) Racing does it even more so with the track and cars going part of the way on the walls.

Not long ago, I went to United Furry Outpost at the Topaz Oasis sim where my friend Jasmine Dawn found something interesting. She introduced me to Skywind Kitsune (Gravity Wright), who showed me around. Eventually, he decided, "I'll show you the Anti-Gravity Racing Association. This is something that only we have, and we are very proud of. ... Ever hear of the game F-Zero? Well, we basically made that game in SL, with cars that can cling to walls." 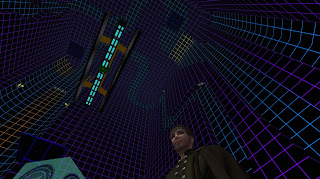 The track itself resembled a holodeck, with the techy grid-like appearance of much of the surface, but was much, much larger. Much of it was on the ground, including the starting/finish line and the vehicle rezzer. But there was lots of track on the walls of the place, as well as the ceiling. "People can register here to race," Skywind told me, "We host racing tournaments every year, with a 1st place prize of L$2000. ... Weve been hosting this events since 2006, we even had Lindens race. But back then, we didn't have the wall-clinging cars. At AGRA, we've been perfecting the racing tech over the years (chuckle), finding new and creative ways to race in Second Life." 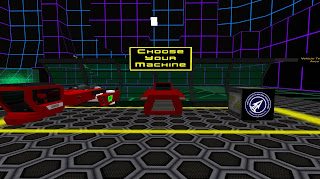 Skywind brought my attention to the car rezzer, "Let me rez a car." The rezzer offered a choice of two red vehicles, the Taravi Tundra F2K-XL Racetruck, and the VixLock Zeta-1 F2K-XL Racing Machine. There was also a cube that allowed people to make their own custom vehicles, the "AGRA Voltage-XL Vehicle Building Kit." I would later be told that experienced drivers were encouraged to build their own vehicles. Behind the rezzer was an opening leading to a "Vehicle Testing Area," presumably for custom made cars, underneath the racetrack. 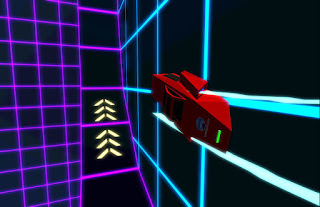 Skywind chose the smaller VixLock, "This car hovers inches above the ground. They use raycasting physics." When I asked how they were controled, he answered, "Arrow keys, and you have to be in mouselook. Otherwise, you get dizzy (chuckle)." When he got in his car, he told me and Jasmine, who was with me, "Just train your camera on me." Then he started, and went to racing speed in seconds. And moments later, he was on a section of track that took him up the ceiling. "Oh wow, he wasn't kidding!" Jasmine quiped. Skywind went around the track, going around a number of turns and one jump, eventually finishing the lap and steering back to the pitstop area. 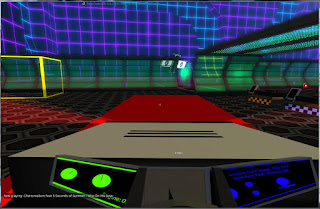 Getting back, Skywind suggested to watch a race, people change their draw distance to 1024 meters. Of his fast car zipping around, "as you can imagine, have six racers go head to head, it can be quite the spectacle. It also gets pretty technical, the cars are entirely adjustable. ... I told my friend Kyosuke who built this track he probably built the longest race track on SL."

I would later meet up with the builder, Kyosuke Yexil. He told me the first track didn't take long to make, "Only took a few hours to build the base, then worked on and off on aligning the textures." Back in 2006, the course was simpler than it was now, "back then though, the engine was very different, it could only move in two dimensions." Of the recent tracks over the wall and ceiling, Skywind told me, "We actually build a new track all the time." Someone else told me they try to make the tracks fill as much of the racing area as they can, "every couple months we build a new one."

Skywing mentioned, there was just one slight problem, smaller participation lately, "the game kinda has fallen out of popularity. ... I've been trying to setup a tournament, but we don't have any racers. We have three people interested, that's it. It's like the game is at it's peak and we got nobody that wants to participate (chuckle)."

Before we parted ways, Skywind would send me a link to a Youtube of a race a few years ago.

Giving the vehicles and track a try myself, I found it quite a challenge. I turned off the music so I could hear the sound effects better, such as the whines of the engine and the rush of power boosts. I found AGRA to be a great and unique racing game in Second Life. Hopefully interest in the race course picks up soon.