Meshing Around in Second Life 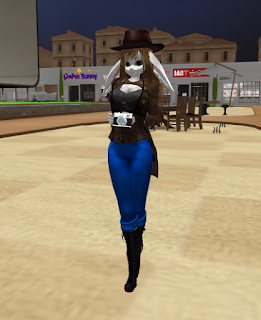 It is my great pleasure, to be back writing about my adventures in Second Life. Being the "been there, done that" type, it was only a matter of time before I got back on the road again. Contemplating a good adventure to commence with, each idea seemed to be countered by, haven't you already "been there, done that".  Then, I remembered that I am in the middle of an adventure and dying to tell the world about it. This adventure involves MESH, but don't worry. You won't even need the latest viewer, to read about it.

This December will be my 6th anniversary in SL.  Somewhere in the middle, they began introducing mesh clothing and avatars.  As a clothing designer/vendor, I had become adept at making clothing for basic female avatars with add-on breasts (implants), so was in no hurry to go the mesh route, at least until they got all the bugs worked out. A trickle of mesh clothing did begin to find it's way into my inventory and, before long, became my preferred choice.

I also have a whole collection of furry avatars,but when I searched the Market Place for something new, I kept seeing all these new mesh brands and they were cuter than dimples on a bunny rabbit. When the descision was made to get a mesh avatar, naturally, I wanted the brand that had the most available mods. The clear winner of that race was the "Kemono", by Utilizator. There are also many add-on parts, that add to the ways you can mod it. I have six heads for mine.
When shopping for mesh clothes, I now ask, will it fit both my basic and mesh bodies, is it full perm, so I can sell or share my mods and is it so cool that everybody will like it.  Looking for the next clothing to make mods for, I decided to go to the source, Utilizator.
When the LM to their main store was clicked, a grand adventure began.  The landing spot puts one in a large, two story shopping mall, with 40-50 shops, centered around the Utilizator store. The mall is called "Annie May Haven" and all of the shops cater to Kemono and other popular anime avatars, like "Rainbow Bunny" and "BG Feline". Some of the shops were familiar, since I had bought from them at Marketplace.
As if having all those shops in one place wasn't enough of a great adventure, this mall has an additional feature, that makes it very usefull to anybody that is into these cute little avs.  At any given time you come, there will be a large gathering of cute avatars, between you and the main store. They're like walking store dummies, previewing the avs and clothing. Their social conversations, among themselves, sounds like a bunch of teen aged kids, but keep this in mind. If you want to learn something about computers or anime, ask a kid. I enjoyed talking with them and even invited one to my home, to see how civilized furries live.
Doing an inworld search for "mesh clothing" places we find 1178 selections. For "mesh anime clothing", 401. Researching this article, I spent an evening going to as many as possible and none could compare with Annie May's. I bought several outfits there, but I'm not asking you to buy anything. All I'm selling is a great adventure.
"Sha"
Posted by Bixyl Shuftan at 6:00 AM 1 comment: 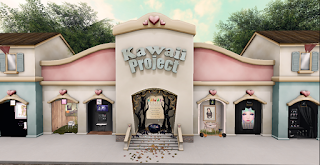 This cute shopping strip mall is called Kawaii Project. It is located in the region of Ploom and group owned by a group called, "The Kawaii Project - Staff." I have to give kudos to the creators of this sim because even though it's small it is still cute and pretty, which I believe they were going for, hence they 'Kawaii' in the name. While I haven't purchased anything here myself, yet; I plan to look again when I have some more lindens and maybe get one or two items. Speaking of the clothes, objects, and hairs, they seem to be very pretty and high quality. I suggest you check this place out and maybe you'll walk away with some lovely goodies. 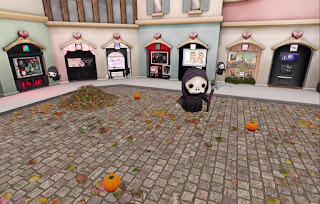 There's nothing really negative from this sim in my eyes but I'd love if there were more shops to be honest. On the other hand I think it's perfectly fine with how it is and there's still pretty architecture as well as the things they have for sale in front of each building. One thing besides liking the whole, 'cute' vibe rather then sexy is that for me there's hardly and lag when walking around, but at the same time there hasn't been a lot of traffic for the two times I have come here. While that is said I don't believe the amount of people make up how good a sim is whether or not it's a shop or simply a place to see the sights and hear the sounds. 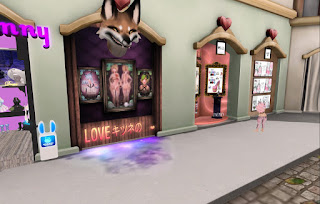 Overall you should take a peek in this sim because I feel like it's well worth a few minutes due to the small area of the location. While people I believe tend to go for big shops that are like the size of shopping malls, some of us lazy folk want something that's quick, fast, and small really; or at least that's me. I hope you guys get some cool things and that it ends up being well worth your visit!
Ploom (65, 58, 2501)
BloodyKitty
Posted by Bixyl Shuftan at 6:00 AM No comments: