LM Gallery: A Gallery in the Sky 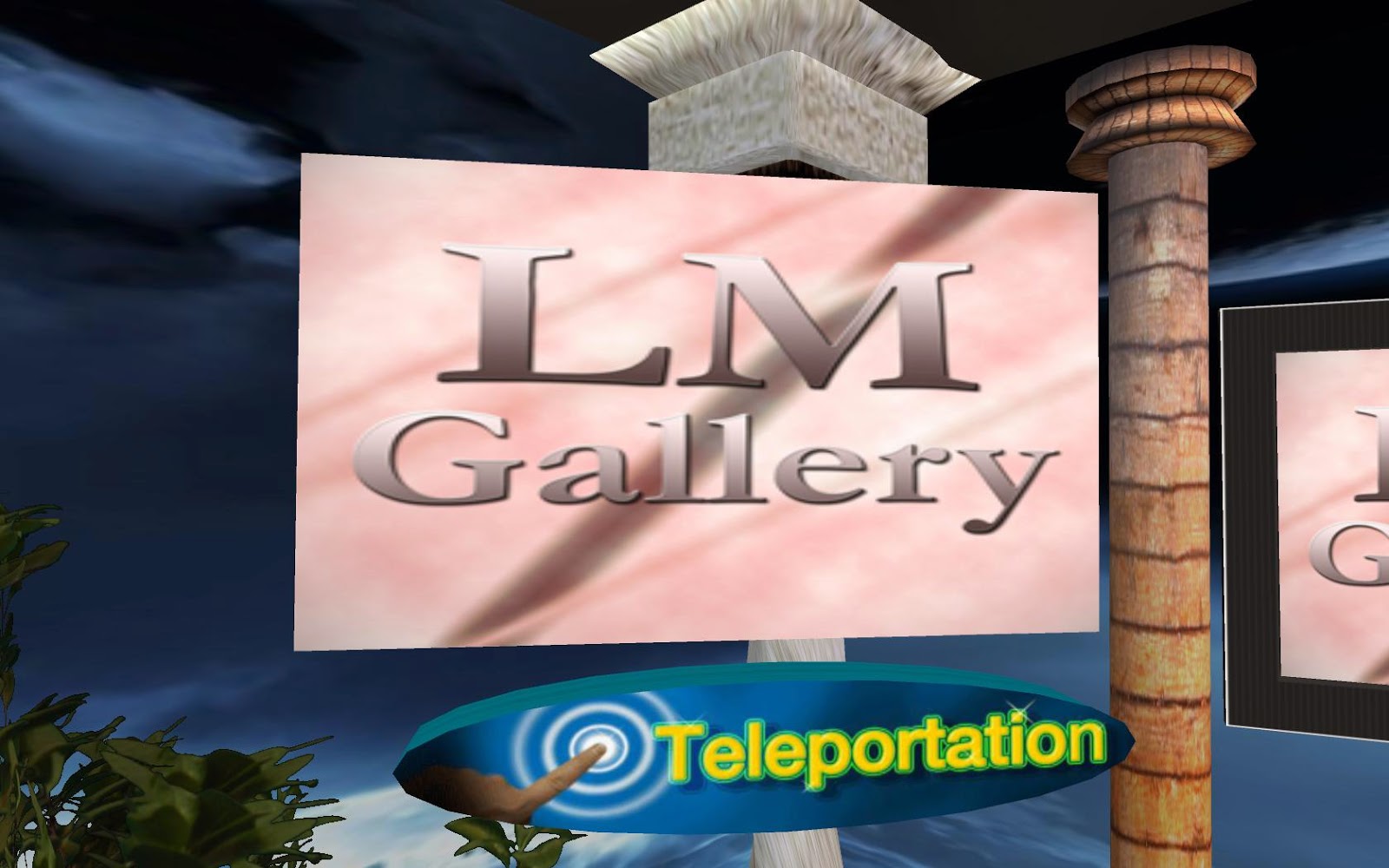 Although there are many art galleries in Second Life, I think this one might be a special one. Like most galleries, there are many paintings on the walls, organized very well. But what makes this gallery special is that there are moving paintings. They were created by Treacle Darlandes. He makes these moving 3D paintings, which are awesome to look at. You have the feeling the paining comes towards you.
The place was created by Lattita Capalini, the deceased best Second Life friend of Meredith Staheli, who originally created the LM Gallery. It was always Lattita Capalini’s dream to create a place where people could admire artworks and to enjoy creative inspirations. It originally opened in 2007, but it closed down in 2010. Lattita Capalini passed away in real life in late 2012, but Meredith Staheli kept the idea alive by recreating the art gallery again but this time high up in the sky. So, not only do they have 3D art paintings, but also they are high in the Second Life sky. This is an interesting concept, if you ask me. 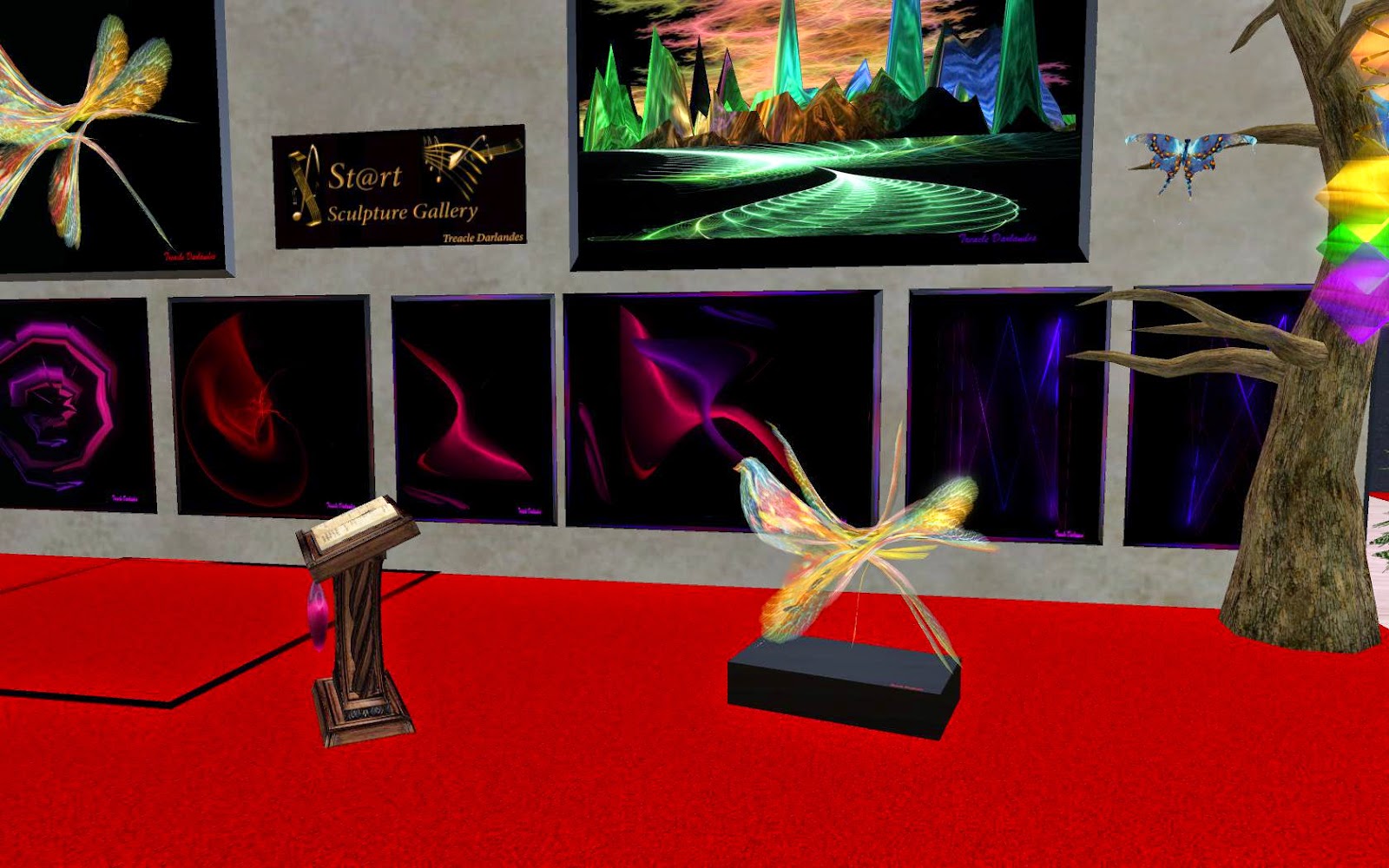 The new art gallery was built and decorated by Meredith Staheli herself, creating the gallery high up in the sky. The art gallery evolved from the new ideas and contributions of the deceased Lattita Capalini. When she created the original gallery, Lattita Capalini invited various SL artists like Treacle Darlandes, Teal Freenote, and Feathers Boa. They use the Arts & Artist Network group notifications. Since 2013, Treacle Darlandes has helped Meredith Staheli with the group notices. “I am not very good in public relationship and promotions,” Meredith Staheli explained to me with a laugh. Readers can find more information at these channels: Galleries of SL Kiosk and Treacle Darlandes.
As far as the music that is played in the art gallery goes, Meredith told me the stream plays, “Jazz, the 80's, contemporary singer-songwriter, easy listening. We are still exploring different alternatives and ideas (smile). As a continuous respect to Lattita's vision, we would like to keep drawing new ideas and SL residents to art exhibition.” 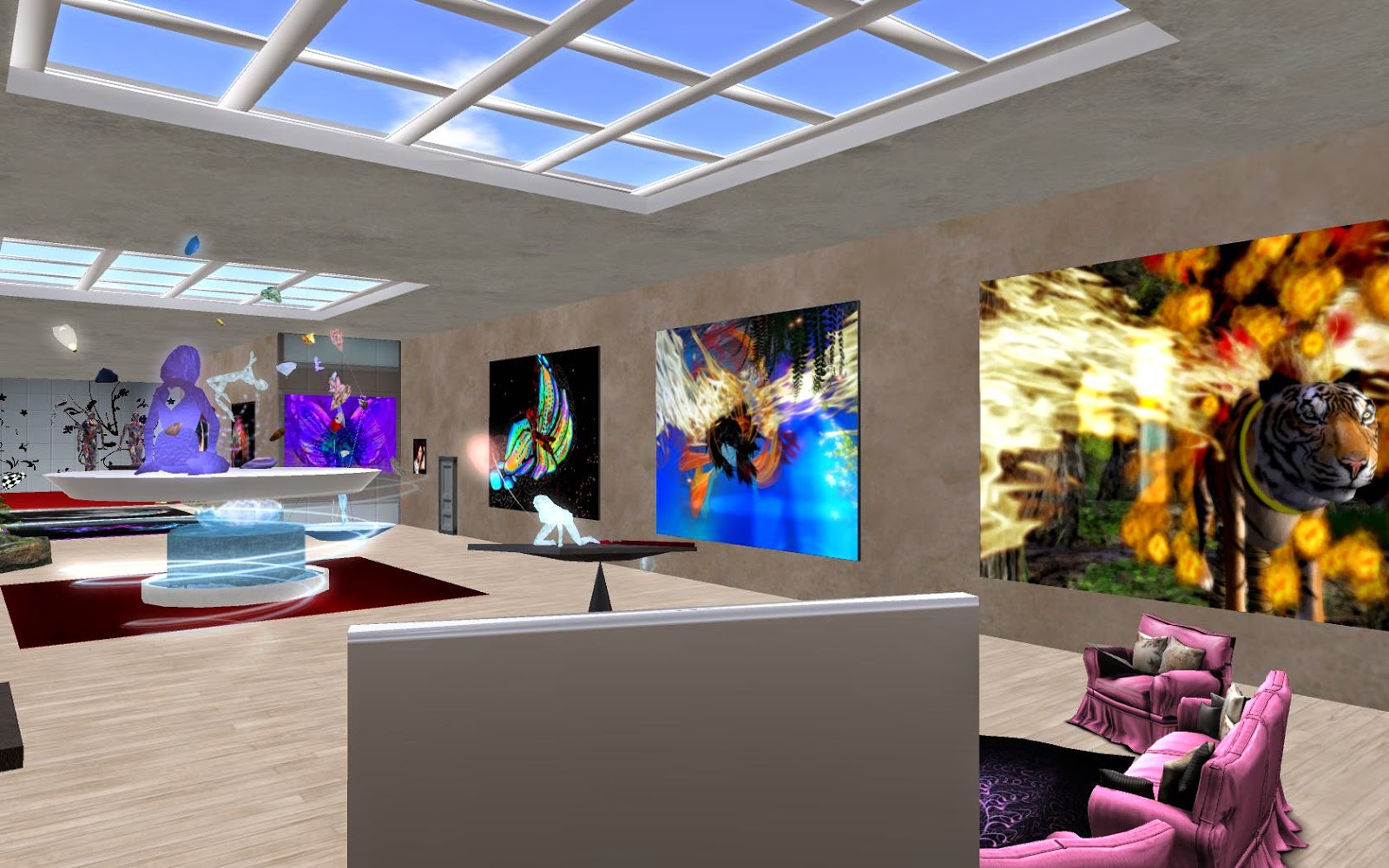 Unfortunately there are no future events planned at this point, due to the real-life work Meredith is working on. But she welcomes new singers and new artists to perform or exhibit in the gallery. So, new talent gets a chance in SL as well.
Personally, I think is art gallery has a bright future ahead and it’s a nice art gallery.Although, I haven’t visited many art galleries in Second Life, I think this one deserves a mention.
Let us hope that Lattita Capalini’s dream keeps on living in the future and that her vision may inspire everyone to make her dream true.
To visit the LM Gallery, go to the following location :
http://maps.secondlife.com/secondlife/Triglav/205/26/2510