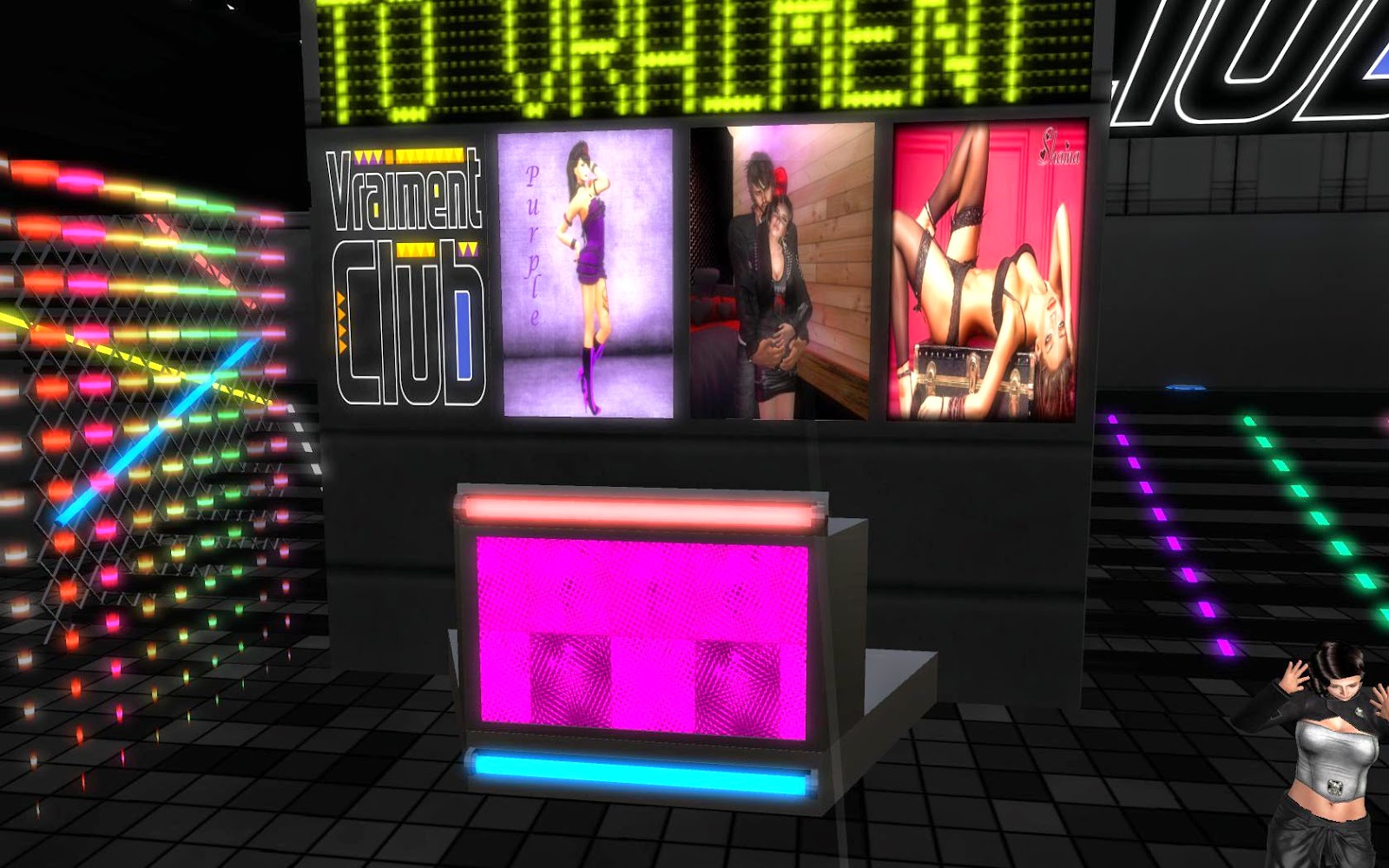 Club VRAIMENT, literally translated "The Real Club,  first opened on February 25th ,2014 until October 1st, 2014. But the club reopened on February 17th, 2015. The owner and creator is Colonel Komarov. He also decorated the club.
The owner told me that the basic idea was to create a “real club,” which means a club with a dance floor, lights and things you find in an normal club in real life. He didn’t want to create another beach club or something similar with a shopping mall and stuff like that. Although, the club is rather small, it’s a cool club with the lights and stuff. It is totally dark with flashing lights and a small DJ booth. The normal features of a club. 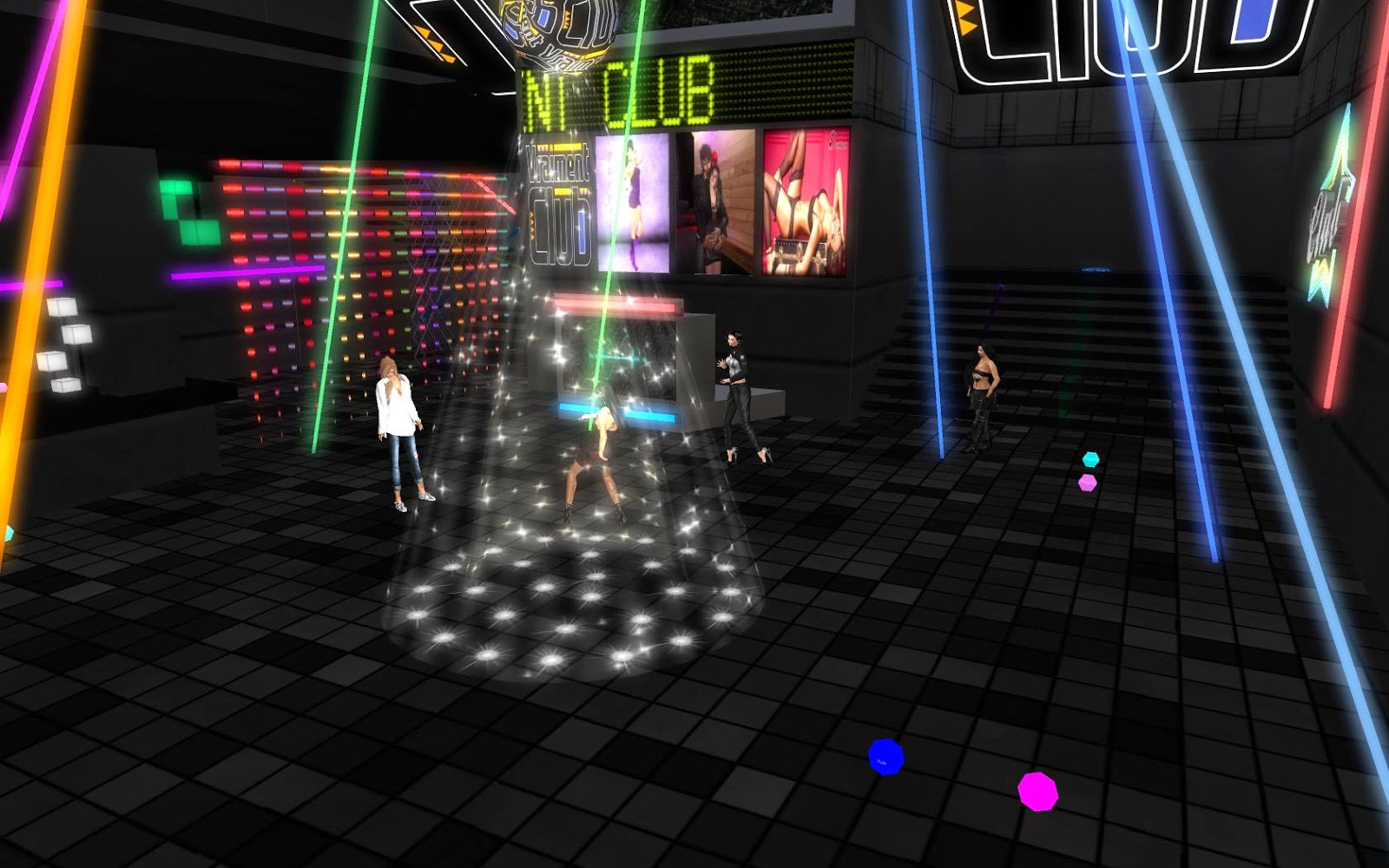 The Live DJs are also very cool. They mostly play electronic music ( EDM ), but they also play rock or retro, not top 40 mainstream pop or tropical zouk reggae. DJ Robina Ewing, one of my SL friends, plays there sometimes. She told me about this club.
They have a group in-world and also a Facebook page (https://www.facebook.com/groups/vraiment.club/ ). They notify avatars through notifications from within the group. Since they are new, they don’t have a website yet, but I think that will follow soon.
Although it’s a small club, they need some attention too. Small clubs need love too, right? That’s what I thought as well. Personally, I think is small club is very nice, because of it’s minimalistic space and also it’s nice interior, which is also basic like in a normal club. This makes this club special and cool at the same time. 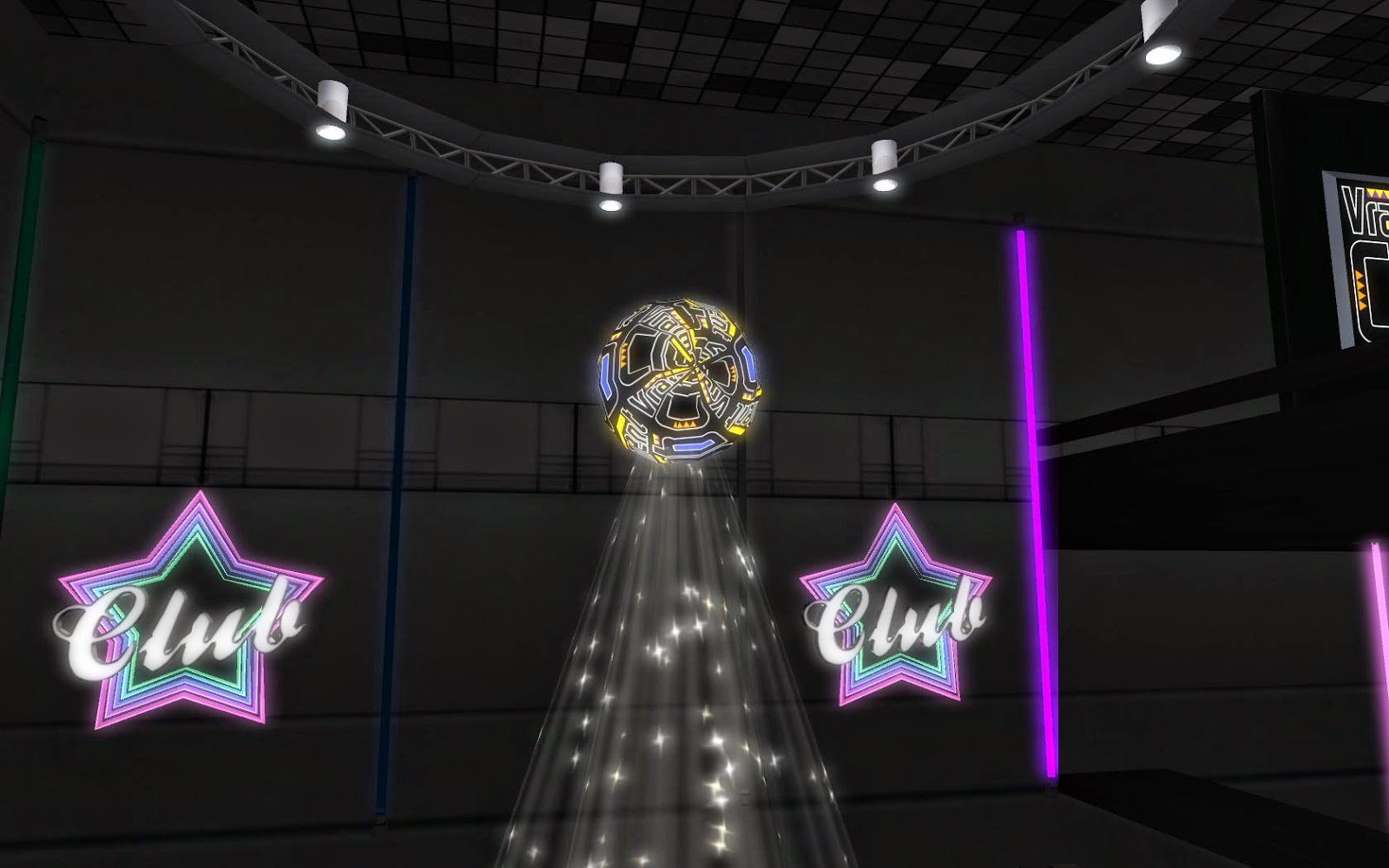 So, why not go to a “normal” club for once and go to VRAIMENT CLUB! Yet another club to add to my club list ( nah, I don’t have a list, just kidding ).
You can visit VRAIMENT CLUB at this location :
http://maps.secondlife.com/secondlife/New%20York%20NYC/176/15/3002
Wesley Regenbogen