Second Life has always been a beacon of creativity in online sandbox gaming, predating games like Minecraft by years. People have been able to make avatars for people to use, clothing to wear, places to live, and even games to play. One company, JasX, has taken a spin on the usual card games and has managed to create exciting games like BARE, a card-based fighting game, TiS, a first person shooter similar to the Borderlands series and Fright, a Halloween themed scavenger hunt. However, many have wondered about the man behind the JasX logo. Well, I've been fortunate enough to grab an interview with Jasdac Stockholm and got to ask him the big question: How did you get started in creating games in Second Life?

I came across him coding for his next new game, a branch off from a pen and paper game, "Dungeons and Pandas." After a little persuasion, I got Jasdac to spill the beans on his rise to Second Life fame and his history creating games for the virtual sandbox. 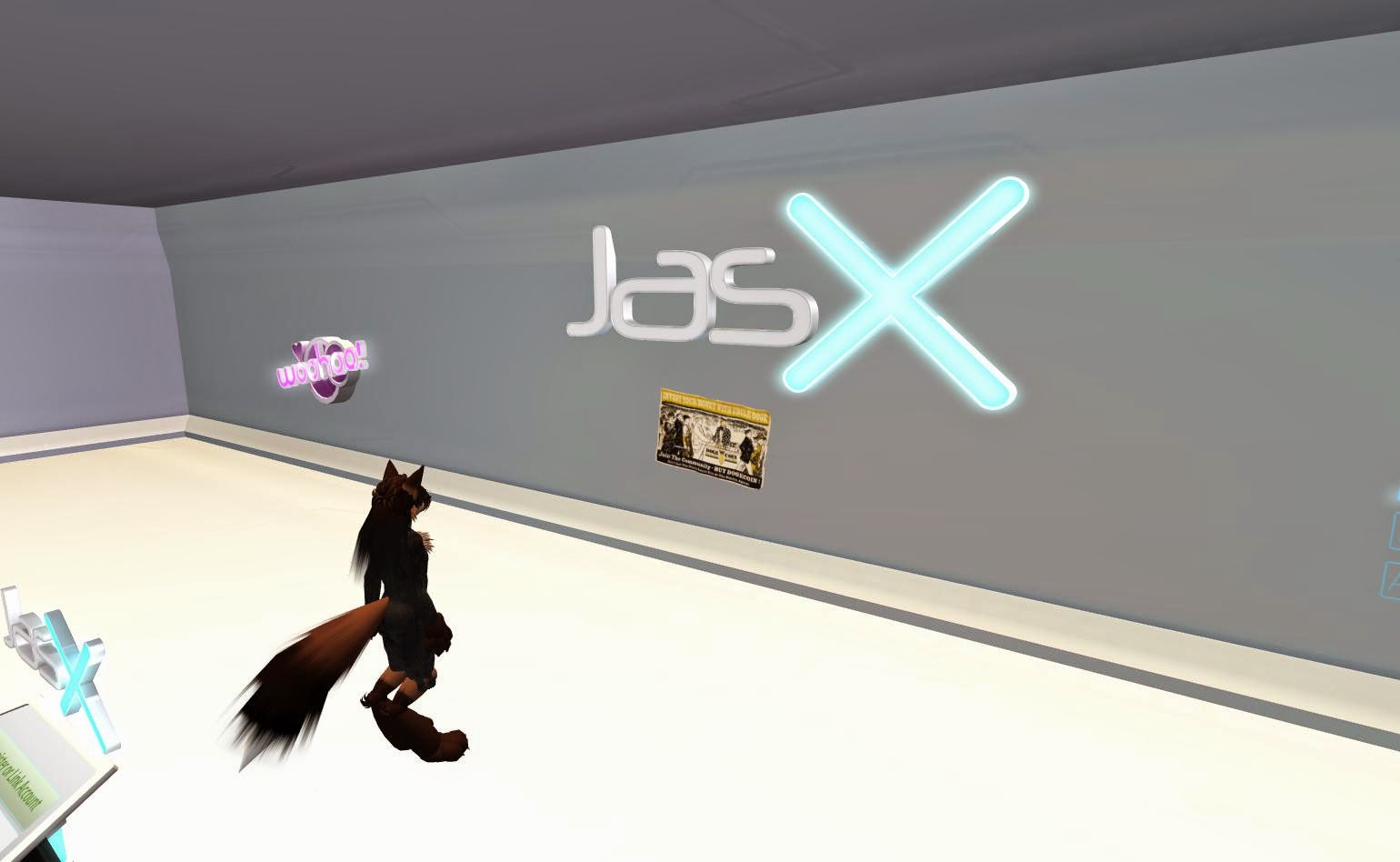 Jas wrote, “Well, it started off with a flash game someone made. I liked the idea of a furry game with tentacles and went like, 'Wait with my scripting knowledge in SL, maybe I could make something'. So I made a prototype...To position the player, I made a little invisible vehicle the user would have to rez and sit on called a 'walkpad'. My first prototype was just an obstacle course and it was laggy, as well, because sculpt swapping (sculpts had just been introduced) was laggy as s**t, and still is. I just had the little thing as a test. Then I made FotU.”

"Fable of the Unknown," while not on his current list of playable games, is recognizable to many long time fans as the predecessor to his first person role playing game, Tentacles in Space.

Jas continued, “FotU was kinda like my previous game except it had very rudimentary combat. You got to pick between 3 classes, I think. You still had a walkpad which would cause people to fall over and it had achievements...But the monsters were now mobile! It was still laggy, but not as bad.”

Back in 2007-2008, many functions in the Linden Scripting Language didn't exist, so it made certain aspects of coding difficult at best, lag-inducing at worst. Despite this, FotU did rather well.

“...FotU was my first 'success'; I was so happy when I made 10k Linden Dollars (around 50 USD) from it. It was heavily focused on puzzle solving. It got popular enough to warrant an expansion. The coding was terrible, but it did pave the way for TiS.”

Ten thousand Lindens is nothing to sneeze at for a first game, especially when you consider most of the JasX games available these days are free to start, save for the 300L TiS. While FotU was a rousing success, Jas moved on to create even more games. We'll move even farther down the path that led us here, along with a glance into Jasdac's current projects in Part 2!

Locke Esgal
Posted by Bixyl Shuftan at 6:00 AM