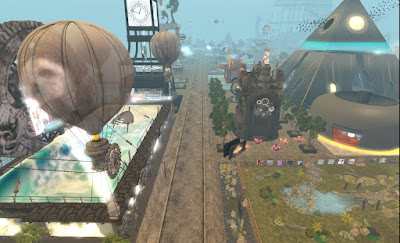 The Second Life Birthday has many exhibits. We wrote about some of them earlier (link). But before the gate closes for good, we have a few more to show. 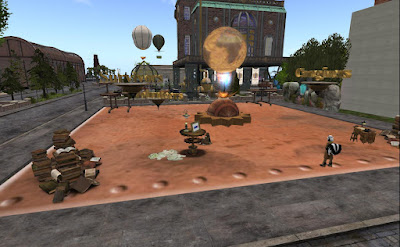 There was the American Cancer Society exhibit at SLB Astound (220/34/23). Resembling a Martian landscape, it reminded people of the struggle with cancer, and to look for more information at American Cancer society (171/172/23). 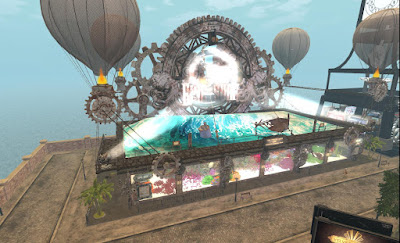 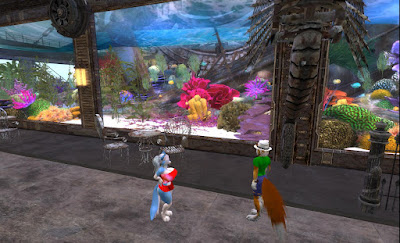 From the ground, it looked much like an aquarium. 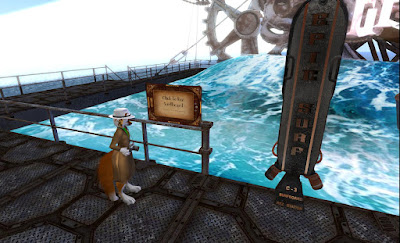 Climbing the stairs and going up, one clicked on the surfboard. 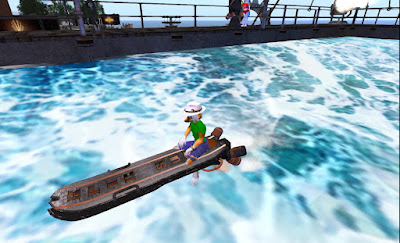 Then a board would rezz and one would sit on it, and offered three levels of ease of movement, 1 being easiest, three being more realistic. 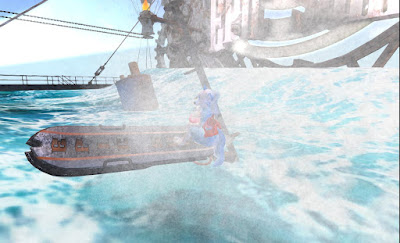 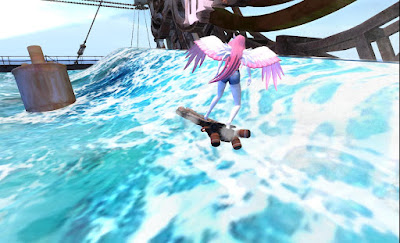 Me and a couple friends had a bit of fun. 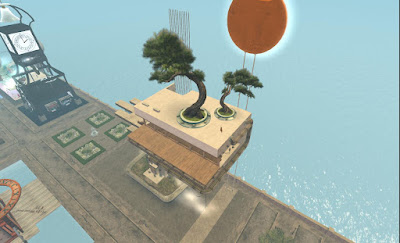 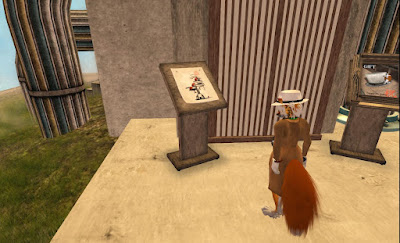 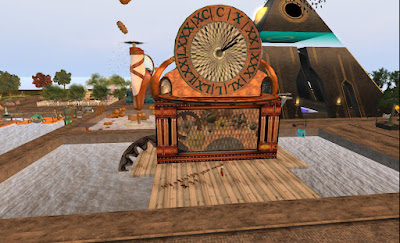 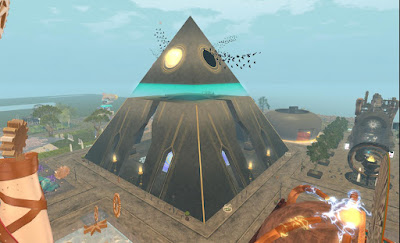 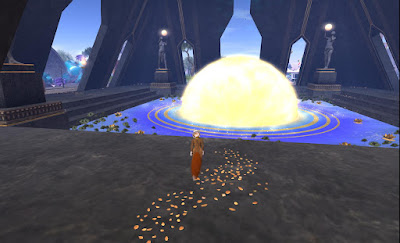 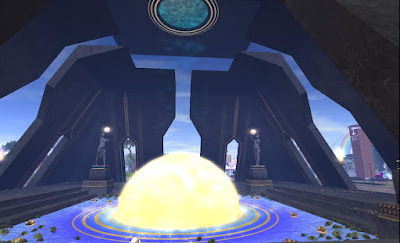 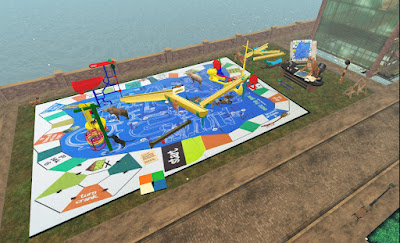 At SLB Imagination (81/231/23), was the whimsical looking "Avatar Trap Game," based on the tabletop "Mouse Trap" game for kids and kids at heart. 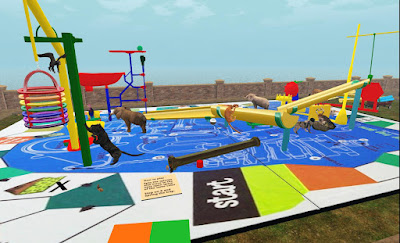 There were hints it was playable, but I couldn't get it to move. 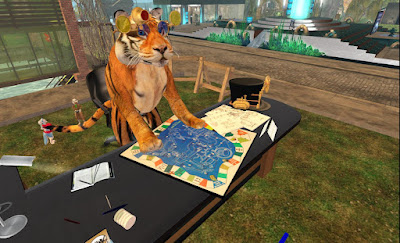 Apparently only this guy knew, and he wasn't talking. 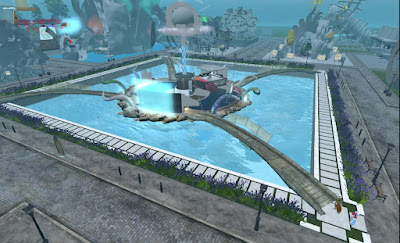 At SLB Electrify (157/158/23) was this interesting exhibit by The Dive Shop's Underwater Aquarium. 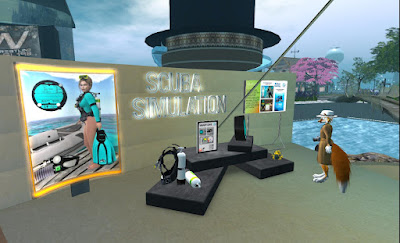 The Dive Shop reminded me of a place I wrote about for Dana Vanmoer's SL Newspaper ages ago. 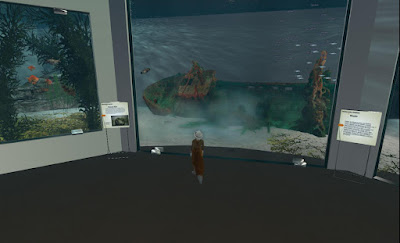 An elevator down took me to an aquarium where a shipwreck and kelp forests could be seen. 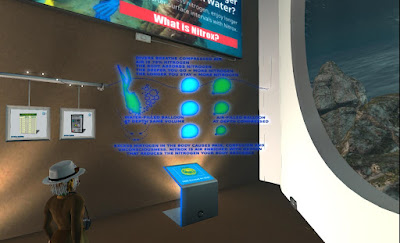 It's best to get training, and experienced company, before trying real diving, for a number of reasons. 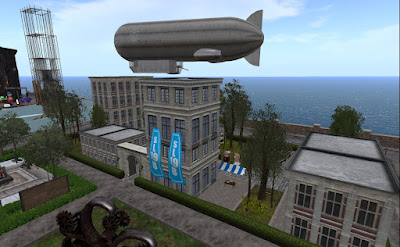 At SLB Astonish (41/85/23) was an amusing exhibit by the Society for the Preservation and Archeology of the Metaverse, or SPAM. 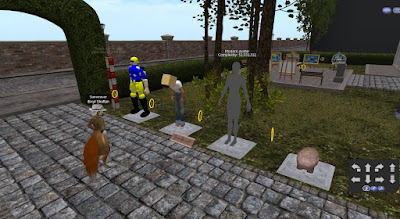 The place had a number of amusing exhibits, such as that of modern avatars, "The current and most prominent form of Agni natives, these specimen come in a large variety of styles and sport a dazzling display of texture and color - at least, according to reports from the natives themselves. No explorer has yet to see the colors in question, as they would instead appear to be a featureless gray character with an oddly high number displayed over their heads." 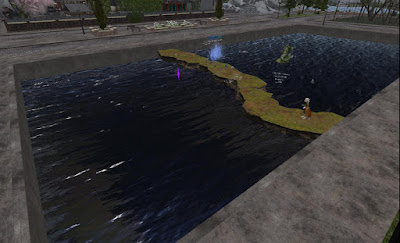 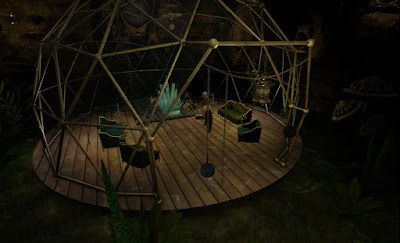 Appearing as not much more than a pool of water up top, underneath there's more. 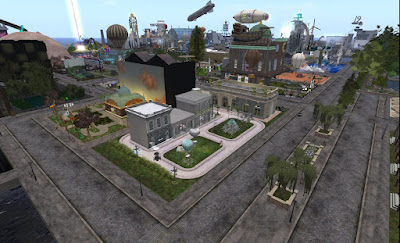 By all means there's much much more, but there's only so much time to write about the exhibits. You can find more in the Destination Guide.

Hope you enjoyed the SL19B.