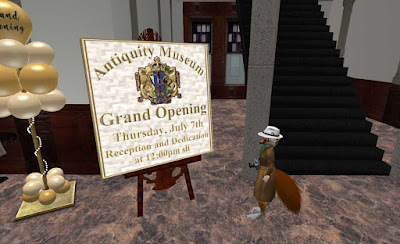 Last week, I heard about the opening of an art exhibition, the Antiquity Art Museum. This was for the 15th anniversary of the community.

To celebrate Antiquities 15th Anniversary we have established the Antiquity Art Museum.  Grand Opening is today at 12:00 pm slt.

Please join us  at the opening TCS Reception as HRH Princess Regent Pamus Bing officially declares the Museum open. Be sure to come and pick up your commemorative 15th Anniversary gift too! 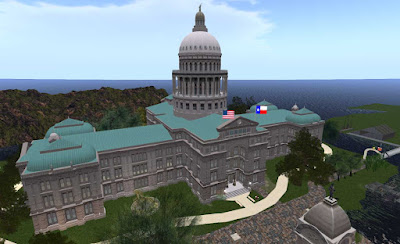 Dropping by, I saw this was a place I'd been at before, the Texas Capitol Building, which was featured in the Newser in the article on Election Night 2016. 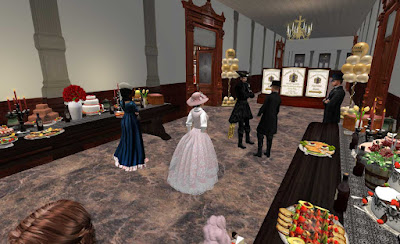 This time it was for a strictly inworld occasion, people in 19th and 18th century fashion, the majority of them Antiquity community nobles, celebrating the exhibit opening with some snacks and drinks. 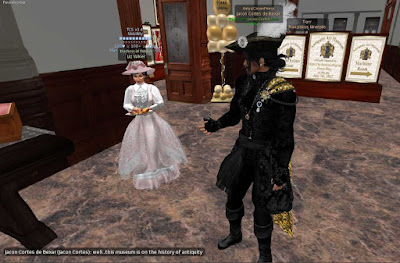 Liz Wilner, a Duchess at Antiquity, introduced me to Jacon Cortes de Bexar (Jacon Cortes), the Crown Prince of Antiquity, and the man who organized the opening of the exhibit. So why here at the Texas Capitol? He answered, "The Texas capitol building is the oldest buildings in Antiquity, and one of only two...that were here during the founders. We chose the capitol, because I wanted a place that reflected us. And for many that visit, the capitol is very recognizable." 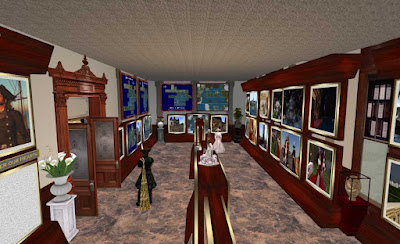 And what kind of art could visitors expect to see here? Jacon answered, "Well, this museum is on the history of Antiquity. They are a collection of photographs and maps from the fifteen years." To the right was the Maritime Room, with pictures of maps and ships. To the left was the Grand Estates Room, with more pictures of people and places on land. 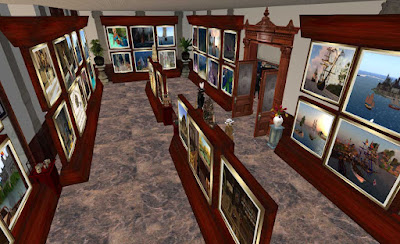 One of the others, Kesare (KesareSauvage Resident), told me, "There are a great many artists here though primarily painters and watercolorists. Scenes of Venice and Egypt, portraits and battle scenes primarily from Tudor times to the present King George, but those paintings are hosted in the Welcome Center or in homes." 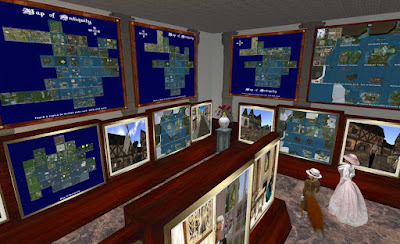 Kesare would go on, "Antiquity still hosts naval ship battles three or four times a week, which is how I first came across them years ago. Recently there was a horse racing tournament for Relay For Life and in winter there are sleigh rides. Jacon recently added firearms to the TCS system to allow hunting." 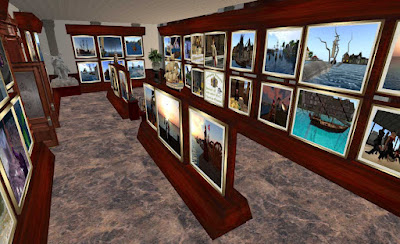 The exhibit is at http://maps.secondlife.com/secondlife/Antiquity%20Tejas/136/182/24 .
Bisyl Shuftan
Posted by Bixyl Shuftan at 6:00 AM