SLEA Bridge Project And Steve Who 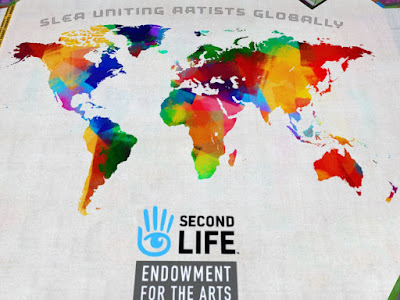 The Creative Arts in Second Life are so extensive. There are so many venues for performances, galleries, museums, it is almost impossible to get to all or even know they exist. SLEA Bridge Project does so much for all of us to at least have a clue. I used to use the Gallery Hud to get to some of them at times over the years. But Now, 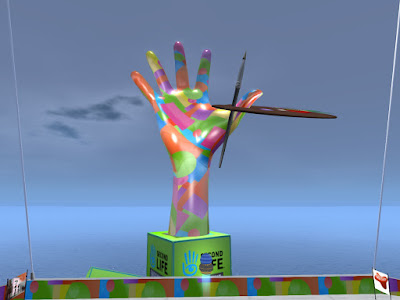 We, those of us involved in The SLEA Bridge Project, aspire to shorten that distance between YOU and an immersive arts experience in SL. As a bridge between the SLEA and the multitude of painters, sculptors, musicians, writers, performers, photographers, television and radio presenters, conceptual artists and so many more.  Come view and learn more about our vast SL Art Community across the grid.  https://slendowmentforthearts.wordpress “ came from Tansee a couple weeks ago.  So I went to take a look. 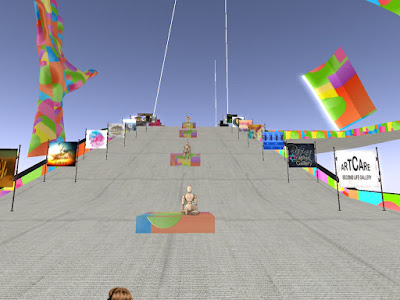 It is amazing. Click any board on the bridge and the information and location are all there... so many people , so many locations. And the bridge itself is a work of art. Go take a look for yourself. If you love the arts join the group so you can get notices for  marvelous shows and projects going on all the time. Join at the Hub. 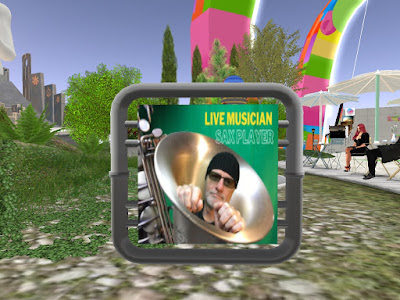 SLEA has so much going on all the time one could be occupied there 24/7 if one had time. I made time to get over to the Street Cafe for a live performance the other day and it was a marvelous experience. 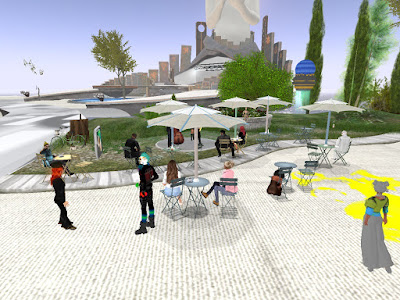 Steve Who (Steve Yiwama) brought his Saxaphone to entertain. When I arrived there were about 6 avatars in attendance while many watched on Youtube where you could see him playing live . By the time I left there were at least 30 listening to his sweet sounds. Steve is Steve Nelson, a professional musician or over 30 years in real-life. 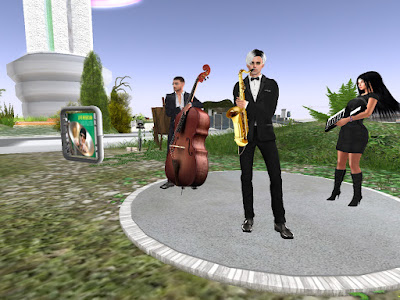 This was his second appearance at the PopUP street artists cafe . Of himself he says, “....shouldn't really say this as I genuinely HATE self promotion.....but was the founding member of a well known signed rock band, and many tours and tv/radio appearances.....I never wanted to become an OLD rock guitarist so decided many years ago to learn saxophone-have played in many big bands and for some famous people too....oh shutup Seve!.....when are you going to grow up.“

It is not hard to see why his work is so popular . You can check him out at https://www.facebook.com/totalpaininthebuttcreative/ or look at his profile for other ways to hear his music.

Entrance to SLEA  Hub where you can pick up a hud , accept the experience or use a teleport to the regions or venues.  http://maps.secondlife.com/secondlife/SLEA7/30/35/56