"My Greece, My Cats" by Slatan Dryke 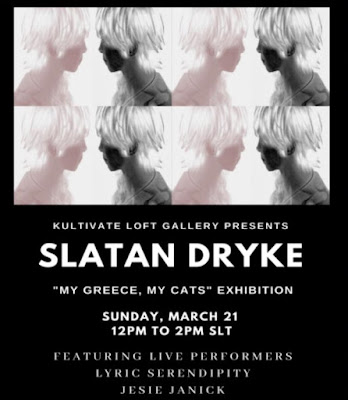 Last week, I was at the opening of an art exhibit by Slatan Dryke. I've known Slatan best for his support of the projects his partner iSkye Silverweb takes part in. But he's also an accomplished artist. This was the opening of a photography exhibit, "My Greece, My Cats." 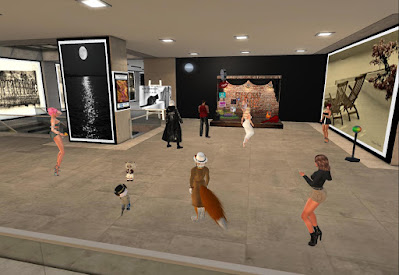 On Sunday March 21, I dropped in at the Kultivate Art Gallery at Noon SL time, and there was a small crowd there. 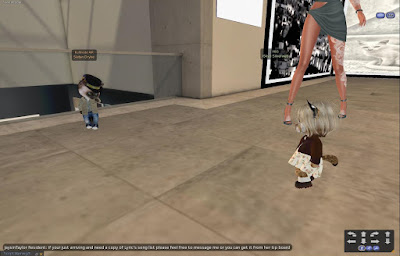 Slatan and iSkye were there in tiny avatars, dinkie cats. dancing to the music. He and others happily greeted me, and invited me to get information from the sign about the exhibit. 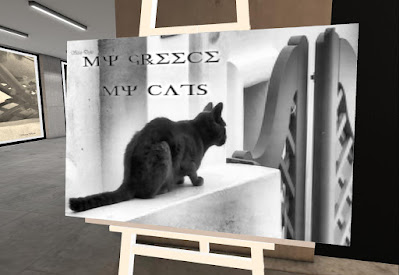 "My love of Greece goes back to when I traveled to Greece my first time more than 40 years ago," Slatan stated in one of the two cards I read, "I have had the great lucky, being Greece is one of my neighbor countries, to visit so many islands where the marrow of its culture and traditions did not change in centuries. Don't ask me about the most fashionable locations, because I have never been there. Ask me about a bunch of those small islands where the time runs slowly under the shade of a tamarisk tree. There are so many tiny jewels, often unknown to the touristic chains, where you can find your nook of joy, coming from the simplest daily things but overall from the feeling that you become part of the local community, that in some cases is not larger than 500 inhabitants." 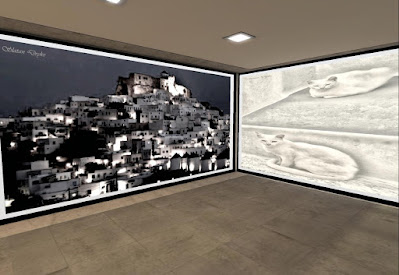 "My long path to find what the Greeks call "Pyrinas" (Core) is finally ended some years ago when I visited for the first time the isle of Astypalaia. Love at the first sight ! In love with its rich history, the clear waters surrounded by an harsh nature, the fresh and tasty simple food, and the cats! Every Greek island has a colony of stray cats, and Astypalaia is no exception. They are the genuine freeholders, the custodians of the old city and the harbour, looking at you with that glance of indifference and mercy for that poor hooman, who wishes for the freedom that they will never have. Maybe this is the reason why everyone loves and cares for them !" 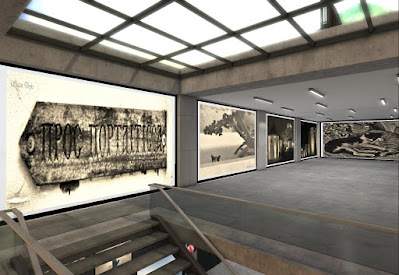 "Lovely material things help a lot, we know it, but what touched me from the very first days has been how the people there include you, not as a short time visitor but as someone who is part of them, always ready to share with you a pure straight smile, or a wave from an elder that sees you for the first time. Well this is my Pyrinas and now after many years spent there, they consider me a son of Astypalaia and I feel that deeply in my bones! With these images I wanted to share with you part of it, hoping that you can feel it." 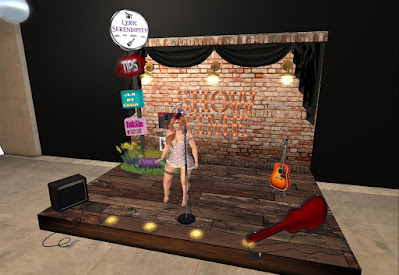 Lyric Serendipity played some music for the people there. Later on, Jessie Janic would perform. 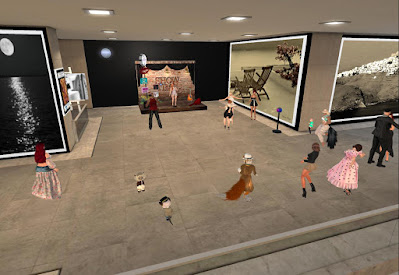 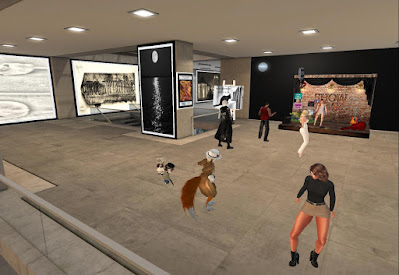 One visitor would comment of Slatan and his exhibit, "How cool Slatan....an cutting edge avatar who only uses old school photography tools!" Slatan responded, "And something called film, that someone does not know what it is, hehe." 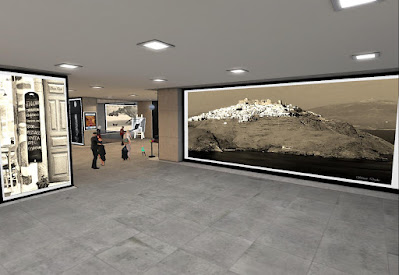 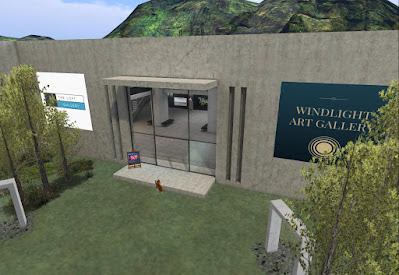 To check out the exhibit, head here: https://maps.secondlife.com/secondlife/Water%20Haven/28/110/31