“How Does Your Garden of Life Grow?”

I thought I would take some time to share with you all, about a follow up meeting I had with the Creator of Lindo, Sofistik.  It all started when my editor, Bixyl Shuftan, passed me a SL Newser fan's NoteCard, containing some inquiries and feedback of the article I did, on the Virtual Flower game called Lindo, back in July.

Pretty much unedited (except for anonymity and format), this NoteCard states:

"I love your blog and the subjects in it are interesting and wonderful.

"I just have a few comments about the Lindo article that you posted in July of this year.

"Or how else would he know if someone is a bot? What is his definition of a bot? And does a game developer have the right to ban people because he feels like it? Are the banned residents griefers?

"No, they are not all griefers. I am one of the banned residents who was banned because I do not have a "proper avatar." Sure I wear a demo skin and a SL default outfit, but that does not mean that I am a bot. I am not a store bot or a traffic bot. Other people who have been banned have been in their only avatars and some are Spanish speakers. One has said that their avatar was criticized for being "sencillos" - simple. Not everyone wants to spend many lindens making their avatar look all fancy with mesh or using a furry avatar or tiny avatar.

"I realize that Sofistik is from Turkey. So maybe that has something to do with his management style?

"His reply to me was that I should contact LL and they would contact him to sort it out. But when does LL have the time or inclination to sort out these kind of misunderstandings? LL is preoccupied with Project Bento and Project Sansar. At most Sofistik has banned a few dozen avatars, LL probably isn't concerned about it. And I think Sofistik knows this.

"Or maybe he is just arbitrarily banning avatars because he has a cash flow problem. Lindo does not have a very large following like the SL fishing games. It only has 90 likes on Facebook. I don't know how many in group.

"Whatever his reasons, I think that he is wrong to treat players this way. He has the right to do what he likes because he owns Lindo but it is unfair to treat people so roughly based on avatar appearance or profile appearance and I'm sure you understand since some sims disapprove of furries and have banned them.

"I thought I would bring this up, feel free to look into it.

"Thank you for all that you do. 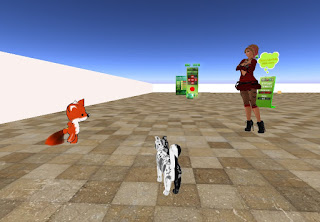 Sofistik, Bec Tasty, and I met to discuss the matter.  Key points that were brought up, are as follows...

In many traffic games, a Player may have to buy expensive equipment to invest in making L$, whereas the Lindo HUD is currently free.

As per the nature of any traffic game, and in the interest of "Fair Gaming For All" (Land Owners and Players), Lindo does have not only a right, but a responsibility to ban bots and not allow alts (this is also stated in the Lindo TOS).  For example, Bec and I are Land Owners, and we'd like to share our point of view, "It's great that you get all these Players to come to your land, generating traffic and business.  ...But when some of them don't move from the landing point, even after being kindly IMed, and half an hour goes by, you have no choice but to want to resolve this issue.  It just seems like sometimes those 'bad seed' Players come to take money and not participate.  Those are the avatars we're not too excited about coming to our land."

Sofistik has taken many steps to help cut down on this negative bot/alt behavior.  He states, "Alright, I think I can make this clear.  Since there is no proper way to detect bots when we see suspicious activity, we just suspend the account.  However, none of the accounts are terminated or banned permanently.  We will try to solve the problem if the decision is wrong.  This [problem with bots/alts] happens everywhere... especially in the games that offer payouts, outside of Second Life as well.  One of my friends told me he started to play an EA game outside of SL and got banned after a while, with no reason."  One of the tips to being an active and participating Lindo player, is to have payment info. on file, this increases the likelihood that a Player is real.  Bot/alt activity may also be cut down by some Players waiting to reach a certain age before being able to even play.  Additionally, when an avatar goes into "Away" mode, the growth of their Lindo flower is halted.  There are however, ways of proving that one is not a bot/alt, and should a Player have an issue like this arise, if the Lindo team is contacted, Sofistik says it will be addressed.  He also notes that for every thousand bots/alts he boots, there are maybe five real players accidentally lumped in there.

To recap, a Lindo ban is based on activity and participation level to protect everyone's investment in the game.  The anonymous who wrote the concerned NoteCard seemed like they were basing their opinion on how they look (not to mention perhaps some unfair cultural assumptions), not their actual actions.  The Lindo team was pleased with the opportunity to address inaccurate information and set the record straight.  If the Lindo team didn't care about "Fair Gaming For All," Land Owners would pull their Terminals up from the roots, and then nobody would be having any fun.  Sofistik cares about weeding out the bots and alts that suck the Land Owners' resources dry, for everyone.  Lindo is meant to flourish and nurture the beauty of SL. 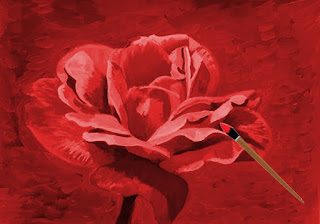 Personally, I have seen the Lindo gaming community be more than lenient and fair when it comes to suspending accounts, compared to some other gaming groups I have unfortunately witnessed -that ban just because they feel like it!  But hey, this is what happens when you Create something, a Creator (of a group, game, land, etc.) has the freedom and right to exercise certain controls.  If someone is abusing the original intended purpose of something, wouldn't you want to stop that negative behavior ASAP?  I suggest that if one cannot follow the rules or proper etiquette, they should make their own creation.  ...It's always easy to judge until you walk a mile in the other gardener's shoes.  ;)

Majikvixen
Posted by Bixyl Shuftan at 6:00 AM