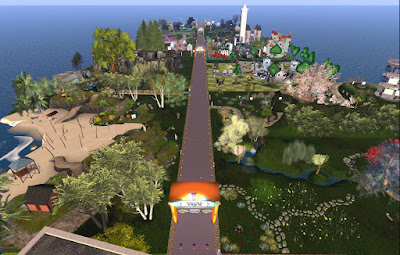 Every year in July, The Relay for Life in Second Life holds their 24 hour walk event, also known as the Relay Weekend or Relay Walk. Taking place on the American Cancer Society sim and close to forty others which appear just for the event, there are places for live music and DJs, as well as a few full sim, or designer sim, exhibits by noted builders. But the main attraction are the various campsites of the Relay Teams which have a spot on the track, each of which has an exhibit to fit the theme of the year's Relay, this year being "Once Upon a Cure." Most if not all teams have at least reached Bronze Level in fundraising. 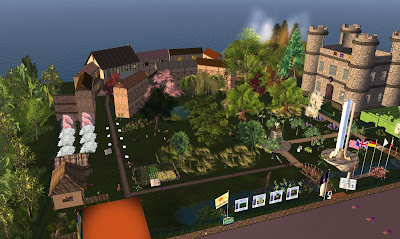 Some of the teams represent Second Life communities. This includes the Sunbeamers, the Relay team representing the Sunbeamer/Angel community. Since it's founding, the team has always had a camp at the Relay track. And this year is no exception. 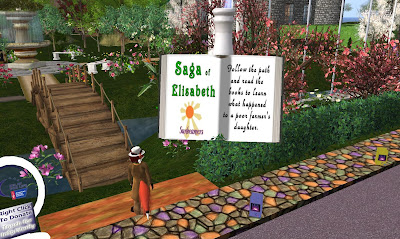 Quite a bit of effort went into building this camp, notably by Cynthia Farshore and Shockwave Yareach, with some help from Rita Mariner and Becky Shamen. Following the theme of the Relay, the camp tells the story of a "poor farmer's daughter" named Elizabeth. 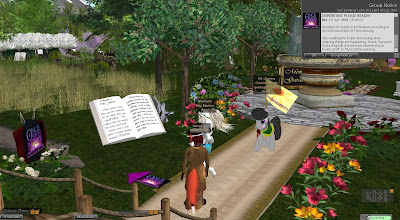 I met up with Rita Mariner, the captain of the Sunbeamer Team, as she was putting on some of the finishing touches. 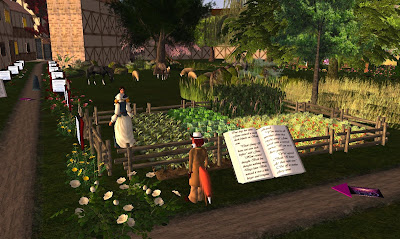 "Cynthia and I found people," Rita explained of the static figures which had been added since the last time I was here. 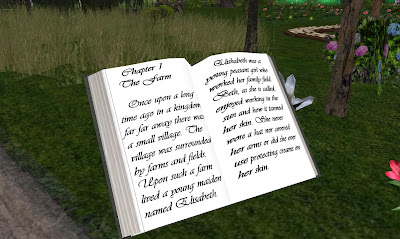 "Of course your suppose to read the books as you go." 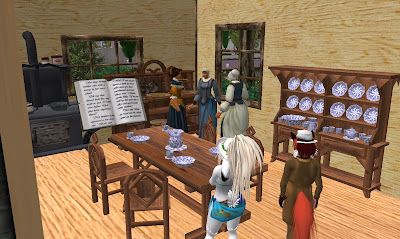 In the story, Elizabeth loves being out in the sun and getting a tan. One day, a dark spot appears on her skin, and a few days later seems a little larger. 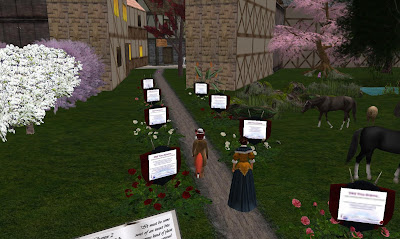 Eventually, Elizabeth heads to the village doctor to have it checked out. 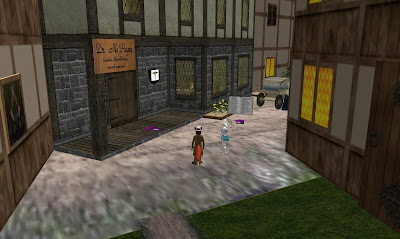 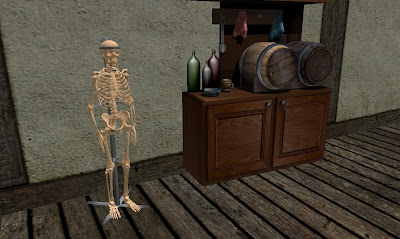 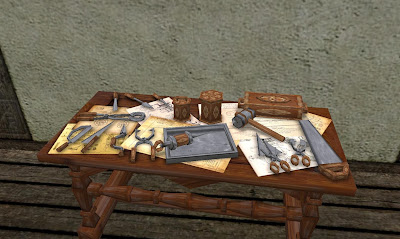 Not exactly the most comforting sight for a patient. 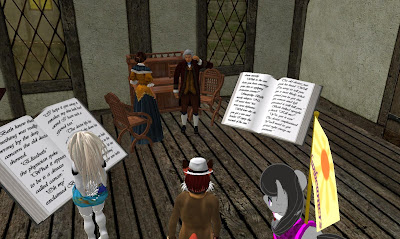 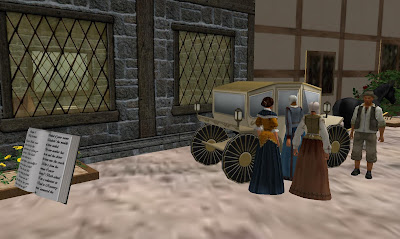 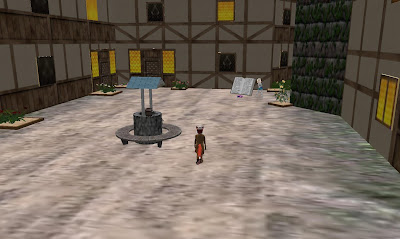 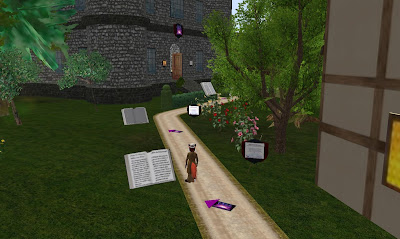 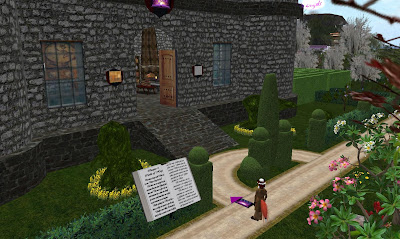 To get the treatment she needs, Elizabeth heads to the Castle of Hope. 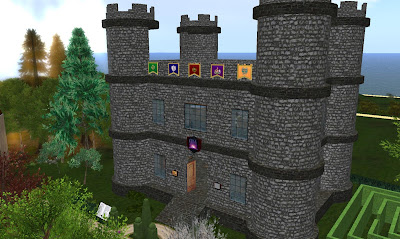 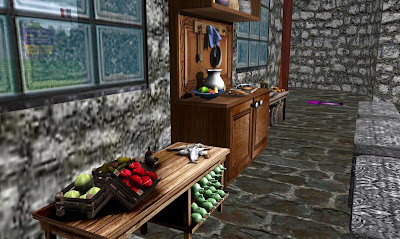 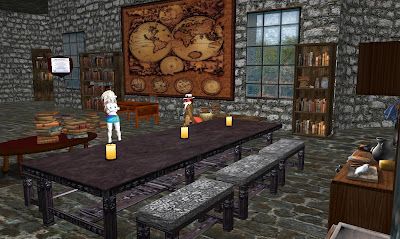 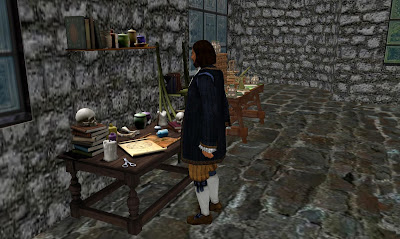 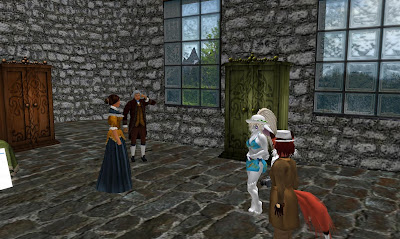 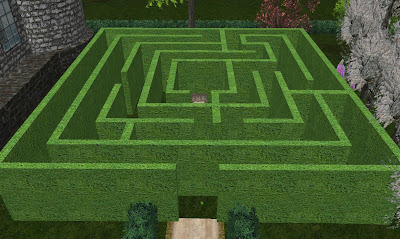 For those wanting a little game, there's a hedge maze. 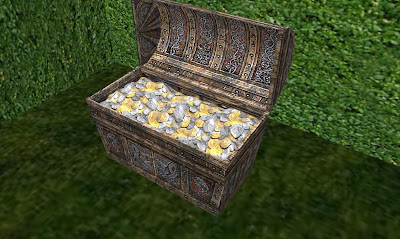 For solving it, one gets a chest full of coins. One small problem. While the power of SL magic allows you to take a copy, the coins are all melted into one mass. So no free Lindens. 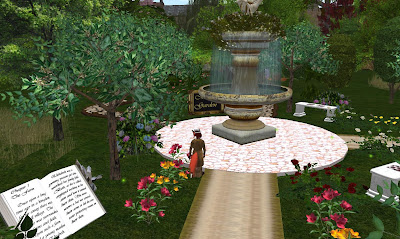 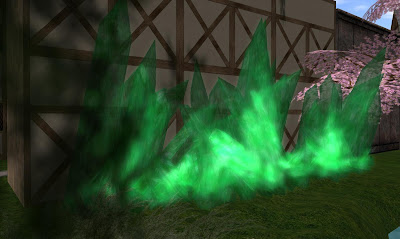 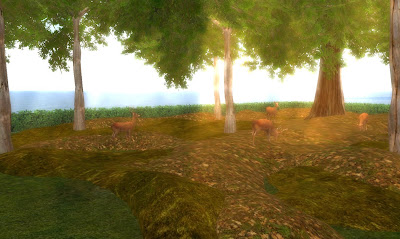 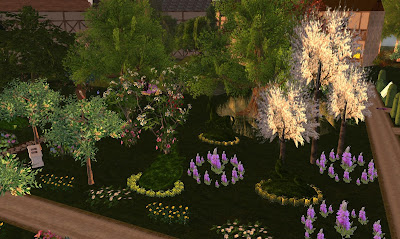 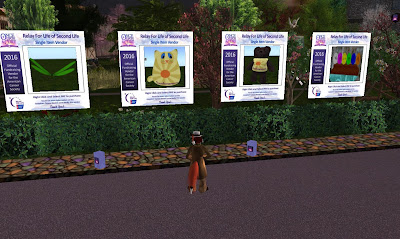 In front of the exhibit are a few items up for sale by Becky Shamen, the proceeds going to charity. 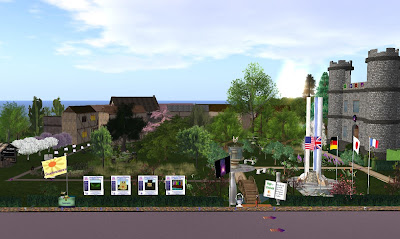 And then there's the Prayer Tower just to the right of the entrance.

And so there you have it, the camp for this year's track of the Relay Weekend.