Many furries in Second Life miss the furry club as Anthroxtacy or AX for short. I remember Tactital Tempest told me when we ran into each other “AX was just like every other furry club. But it’s sorely missed.” That left a void in Second Life that has yet to be filled. People were used to seeing the same furries at Anthroxtacy a few times a week. Now a days I rarely see Keeser Cushing around or other furries from there. Aurora Avila clubs at a smaller club called Club Midi once a week. 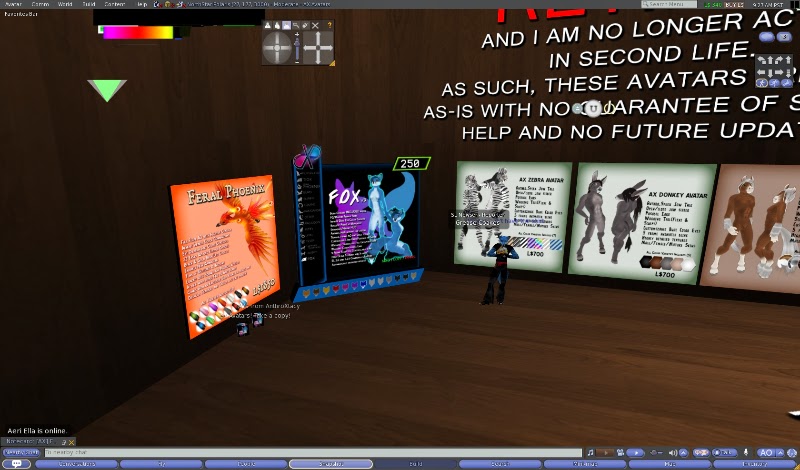 However there’s still a small part of AX around that Bixyl Shuftan discovered. At NorthStar Polaris (33/181/3001) you can still buy AX avatars. I was very pleasantly surprised. The AX3 fox got everything right just like the avatar planet fox I reported on. I went to the sandbox at The Ark at the ark here to play with it at Quarabia (152/128/502).

There’s a few of the avatars there besides the AX3 fox but when I tried out an AX3 fox I instantly loved it. In fact I haven’t opened an AX fox in such a long time I forgot it wasn’t a box you rezzed on the ground but instead a little fox that matched the color you bought. Hence I bought a blue fox so the color box was a blue fox. 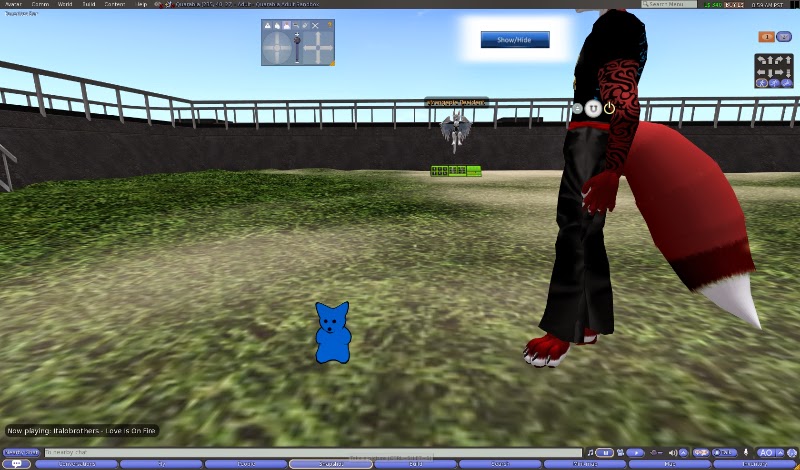 Just like the AP fox from the previous article, the hud is easy to use. Click the HUD to make your tail wag and click the color menu to pick out colors for your eyes. But like the popular toshuki avatars whenever you type or speak on voice you see your avatar become animated making arm and mouth gestures like you’re actually talking. The same goes for the AX3 foxes. I type nonsense and the avatar becomes alive.

Just playing with the hud I click the arrows at the sides of the eyes. It turns out it slowly closes your eyes from wide awake to closed like you’re taking a nap (Zzzzzzzzzz.) Might be handy when you take an afk break to close your eyes to make it seem your avatar is taking a snooze. Or you could look like you're walking around blindly. 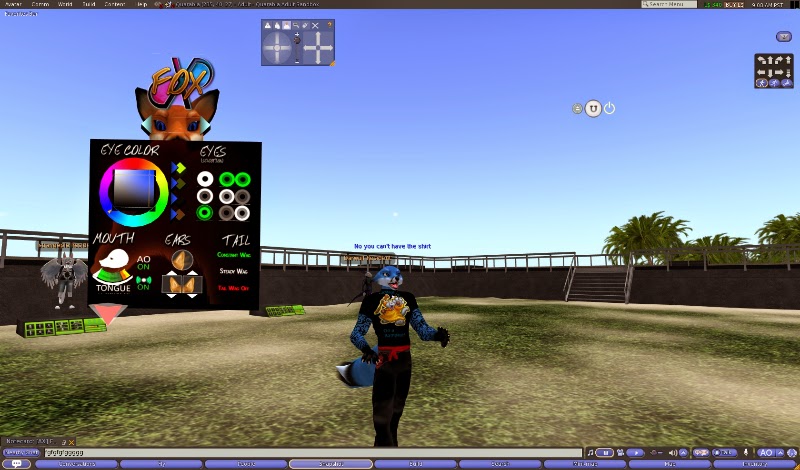 Another good thing is that the AP fox had a cartoony look. The AX fox leans more towards a realistic look. When you look carefully around the fox muzzle you see whiskers and stray hairs around the face.

Also the AX3 fox is very inexpensive for all of 250L. The other avatars at the mini AX mall are different prices. However for the excellent graphical look and easy to use options. This avatar is more of a steal then the AP fox. But don’t get me wrong the avatar planet fox is also high quality, but I think the Antrhoxtacy fox is much better even if the price was the same. 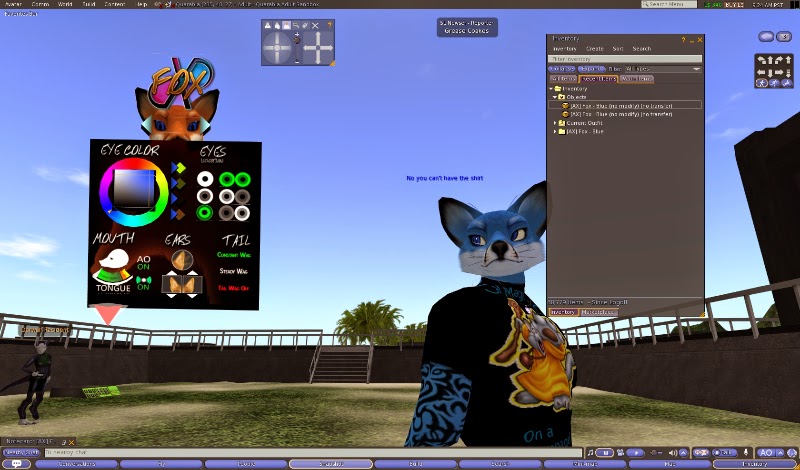 For giggles and kicks I spent my last 250L on a purple colored fox. As I write this article I have all of 90L. But I don’t feel guilty, Bixyl pays me and any other reporter a set amount per article and there’s always other ways of making Linden so I can always make my money back.

So if you’re looking for an awesome buy but your linden isn’t so high go the AX avatar mini mall at northstar might be what you are looking for. In fact the vending machine had other avatars as well not just foxes for the same price of 250L. Maybe foxes isn’t your thing? There’s other choices as well. It wouldn’t hurt to at least check it out.

Editor's Note: the AX store at the Northstar Mall has both a vendor for individual Anthroxtacy avatars, and several "fatpacks" where one can get all colors of the same kind of avatar, such as the otter.