In the previous segment, we took a look at how Jasdac Stockholm of JasX Games got his start in creating his different games. Jas had created a game called Fable of the Unknown that took SL by storm, setting the framework that helped create Tentacles in Space. However, it wasn't his first game. 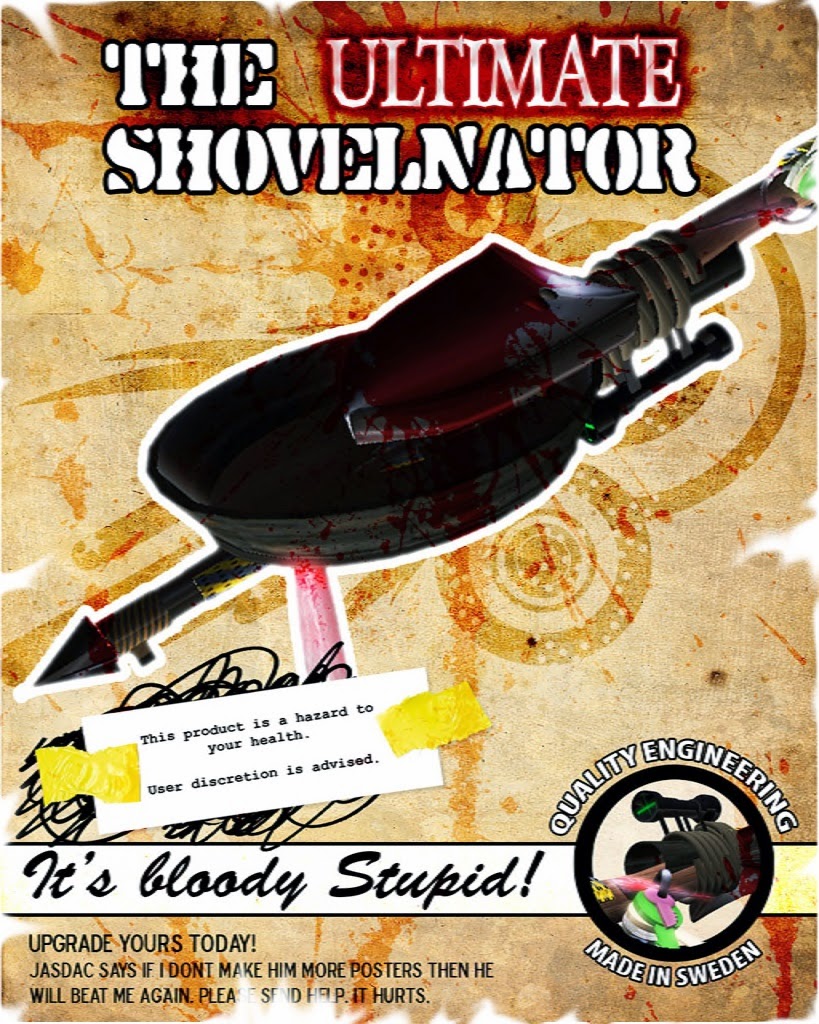 “Somewhere there I also made a Halloween game. I think that might have actually preceded all of those. Well before all that tentacle stuff, I do remember making a Halloween puzzle game. Basically just a big haunted house (like Fright). I got permission to rez it and play in one of the sandboxes during Halloween and a bunch of people had a lot of fun with it. Even though it was VERY crude, that game kinda spawned a running gag. In the game you'd first find a shovel, then you'd find a frying pan and pitchfork to tie to the shovel to remove spider webs, then you'd find a key holder to add to it to keep your keys in one place. Then finally, you'd be able to add a bolt launcher to it. The 'shovelnator' made it's way into TiS. I think there might still be a shovelnator poster somewhere in Fright. It's not in BARE though.”


References to Jas's other games do occasionally pop up in the background of BARE maps, but they weren't the only inspirations for some of the games.  “Anyways, moving ahead to 2010. A friend and I play Borderlands a lot. I decide I want to make a similar thing in Second Life. Thusly, TiS is born. A new function has been added, llSetLinkPrimitiveParamsFast(), which lets you reduce lag by a lot. Also by implementing a sort of "LOD" which makes monsters only animate when players are near. So TiS is still laggy, but at least it's better than FotU.”

Even with TiS' success, Linden Scripting Language is notoriously limited for such large-scale complex projects. “Some time a few years ago, I stopped selling and took down the remnants of FotU, because it was a security hole. Right now, TiS is the security hole in by back. Going back, it's awfully scripted.  But TiS is nonetheless where I got my first popularity, if you can call it that, in SL. It's a really good learning experience, if I see something I like, I tried implementing it. It was fun all around to make, even if it's a pain now.”

“TiS today has 4500 registered users. That sort of game is really not meant for SL, though. It does have some major issues, most of them stemming from it's size and age. High lag, high prim cost, and a steep learning curve makes it not a game for everyone. But it did get some very dedicated fans, and I made enough money to keep going at least.”

Not all of JasX games were the successes we know today. In the next part, we'll take a look at a game that didn't do so well, as well as some more of the well known games. See you next time for Part 3 of the Jasdac interview!

Locke Esgal
Posted by Bixyl Shuftan at 7:00 AM