Every year, the Veterans Tribute comes to Second Life.  This year marks the twelfth it has appeared inworld 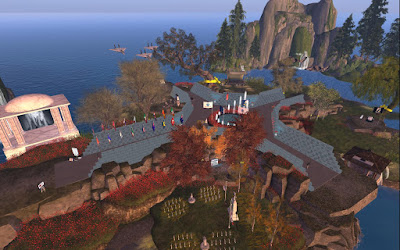 It's also the ninth year that the Newser has covered the Tribute since we first reported about in in 2010. 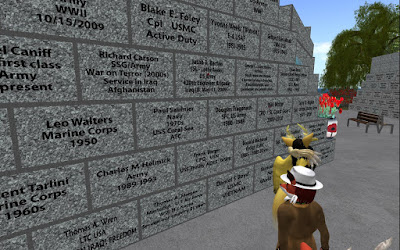 The central part of the Tribute is the memorial wall, made up of numerous bricks. Each contains a name of a veteran, or sometimes a group of veterans, living or deceased. The Newser has written about some of the soldiers in the past, Jacob Borton (or Lohti Aeon as he was known in SL), and a number of Marines from the same unit that were killed in Iraq. 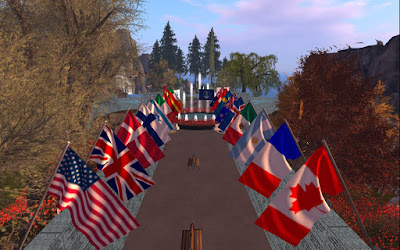 Overlooking the part of the wall leading from the main entrance are flags of the United States, Canada, Great Britian, and a number of other democracies. 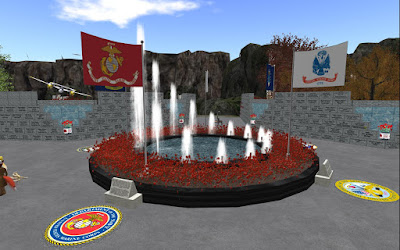 In the middle of the memorial wall is a fountain, surrounded by poppy flowers. Around it are flags of the various branches of the US military. 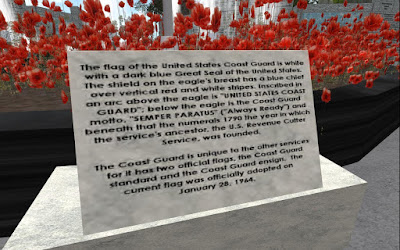 Among these are the flag of the US Coast Guard, which is sometimes forgotten as a branch of the military. The youngest branch of the US military is the Air Force, which was established in 1947. 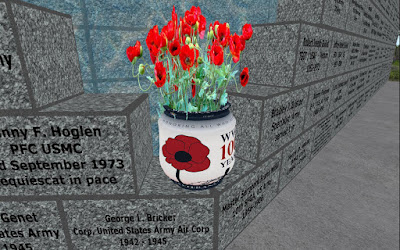 At some corners in the wall were flowerpots of poppies. Poppies are often associated with Armistice Day, as Veterans Day is called in Europe. This Veterans Day marks the 100th anniversary of the end of the First World War (then called The Great War). 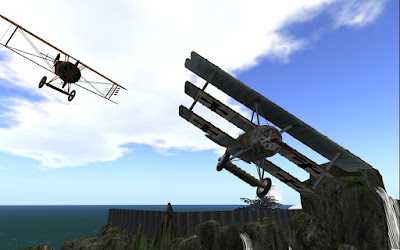 Around the tribute were various displays, this one of the war that took place just before the first Veterans Day. 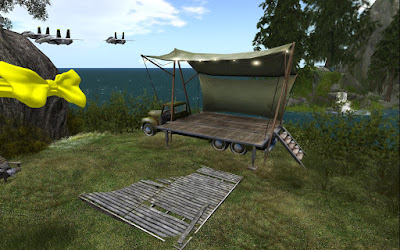 A stage for concert events. The Newser was not notified of any planned performances. 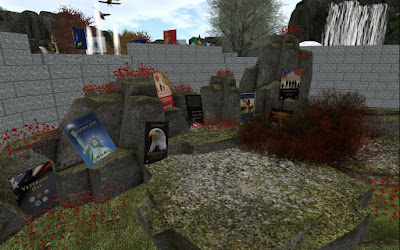 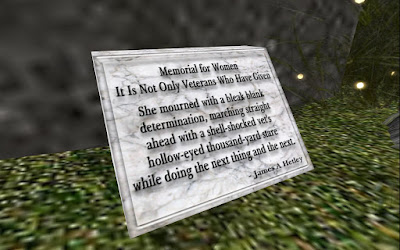 Around the memorial wall were smaller memorials. The "Memorial for Women" is a reminder of the trials of military spouses. 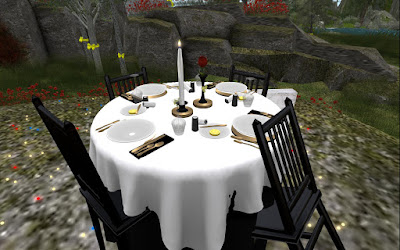 "The empty chair," a reminder the death of a veteran often means a family who will never see the return of a husband and father, or in more recent years sometimes a wife and mother. 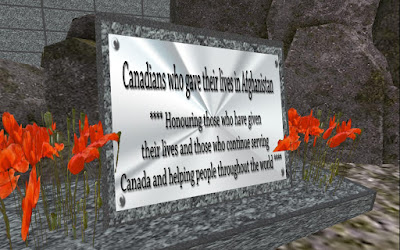 While the US military is the main focus of the Tribute, by all means it isn't the only one. Canadians are also honored. This cemetery pays tribute to US and Canadian soldiers whom never made it home. 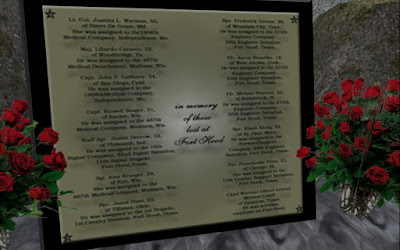 A memorial for the soldiers murdered in the Fort Hood shooting in 2009, a reminder that death for a soldier isn't always from war overseas. 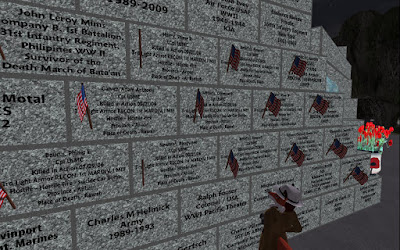 A reminder that democracies need a few men (and women) to serve so the rest of us can sleep easy. And not all of them come home after their service.